ACT OUT EXTENDED: The Sound of Music at Lyric Opera

Tickets are selling FAST, so get yours in advance! New extension dates announced. Don't miss this grand-scale Lyric production.  ChiIL Mama will be there... will YOU?!

Performances added on May 23, 24, and 25 for
Memorial Day Weekend

Lyric Opera of Chicago General Director Anthony Freud announced today four additional performances due to popular demand for Lyric Opera of Chicago’s new production of Rodgers and Hammerstein's beloved Broadway musical The Sound of Music, April 25-May 25, 2014, at the Civic Opera House, 20 N. Wacker Drive. Additional performance dates are Friday, May 23 at 7 p.m., Saturday, May 24 at 1:30 p.m. and 7 p.m., and Sunday, May 25 at 1:30 p.m. Tickets start at $29 and are available now at lyricopera.org/soundofmusic or at 312-827-5600. 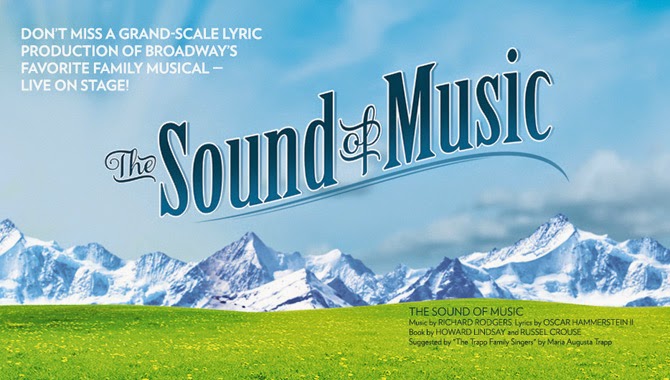 For more information on the Lyric Opera of Chicago’s production of Rodgers and Hammerstein’s The Sound of Music, please visit lyricopera.org/soundofmusic.