We may not be able to escape the polar vortex or rush spring along, but here in Chicago, we can engage in escapism with the best of them.   World class theatre makes winter a lot more fun.   So stop hibernating.   Theatre Week is back and better than ever! 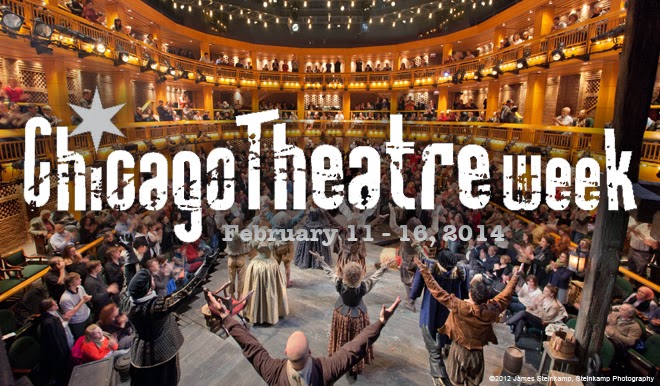 Chicago Theatre Week ticket and hotel offers will be listed on a centralized website, www.chicagotheatreweek.com starting at 9:00am on January 7, 2014.  In its inaugural year, 97 shows offered value-priced tickets to over 330 performances in one week. Visitors and residents will again have the opportunity to sample the extraordinary range of theatrical offerings throughout Chicagoland. 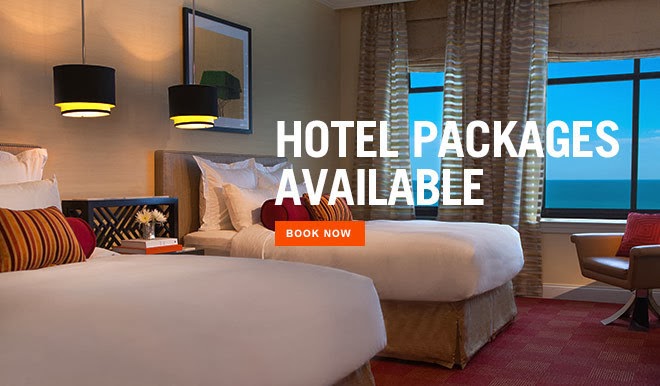 A new feature of Chicago Theatre Week,  the Storefront Playwright Project, will offer passers-by a look into part of the theatre process February 11-16, 2014. It will take place at Expo 72, located at 72 E. Randolph St.  Emerging and established playwrights will once again take center stage in a window space at Expo 72 to work on a current writing project in view of the public. From a large screen in a window facing the sidewalk, the public will be able to read what the playwright is writing and watch the creation of the next great Chicago play in real time. The Storefront Playwright Project aims to support the playwriting community, increase awareness of emerging and established playwrights, and encourage audiences to engage more deeply with Chicago theatre and the creative process of writing a new play for the theatre.    For more information about the Storefront Playwright Project: http://storefrontplaywright.tumblr.com.

“After a successful inaugural Chicago Theatre Week in 2013, the League of Chicago Theatres is presenting Chicago Theatre Week 2014, celebrating Chicago theatre by offering patrons special incentives and encouraging participation throughout all Chicago neighborhoods.  The remarkable results last year showed a heightened visibility for the theatre industry as people all over Chicago experienced a new theatre or revisited an old favorite.  Theatre Week met its ticket sales expectations, had a digital reach of 1.6 million through email, Facebook and Twitter; over 51,000 unique website visitors; and almost 7,000 Theatre Week email subscribers.  We plan to continue that reach for the upcoming season and we are thrilled with the level of expected participation in this year’s events,” comments Deb Clapp, Executive Director of the League of Chicago Theatres.
“Theatre Week supports the effort to expand the visibility of theatre as a vital industry in Chicago.  Theatre is an important part of what attracts visitors to this city and Choose Chicago is honored to participate in the development and promotion of the week-long event,” says Melissa Cherry, Choose Chicago's Vice President for Cultural Tourism and Neighborhoods.  “As we continue our work with the League of Chicago Theatres to make this year’s week-long celebration even better, we are pleased that several Chicago hotels will be participating with theatre packages, making Chicago an ideal and affordable destination for theatre lovers.”

Kate Lipuma, Executive Director of Writers Theatre and Chair of the League of Chicago Theatres adds, “We are looking forward to another spectacular Theatre Week, which proved itself last year as being a motivator for people to experience a great afternoon or evening out in theatres across the Chicago area.  We hope that Chicagoans and tourists, alike, will take note of all of the productions happening on Chicago stages—downtown, in neighborhoods and in the suburbs--and will purchase tickets for their favorite theatres, or try something brand new.”

About Chicago theatre
Chicago theatre is a leader in the U.S. with more than 250 theatres throughout Chicagoland, comprising a rich and varied community ranging from storefront, non-union theaters to the most renowned resident theatres in the country, including 5 that have been honored with Regional Tony Awards, and the largest touring Broadway organization in the nation. Chicago’s theatres serve 5 million audience members annually and have a combined budget of more than $250 million. Chicago produces and/or presents more world premieres annually than any other city in the nation. In 2012-13 alone, Chicago theatre companies produced more than 130 world premiere productions and adaptations. Each year, Chicago theatres send new work to resident theatres across the country, to Broadway, and around the world.
About the League of Chicago Theatres

The League of Chicago Theatres is an alliance of theatres which leverages its collective strength to promote, support, and advocate for Chicago's theatre industry locally, nationally, and internationally. The League of Chicago Theatres Foundation is dedicated to enhancing the art of theatre in the Chicago area through audience development and support services for theatres and theatre professionals. 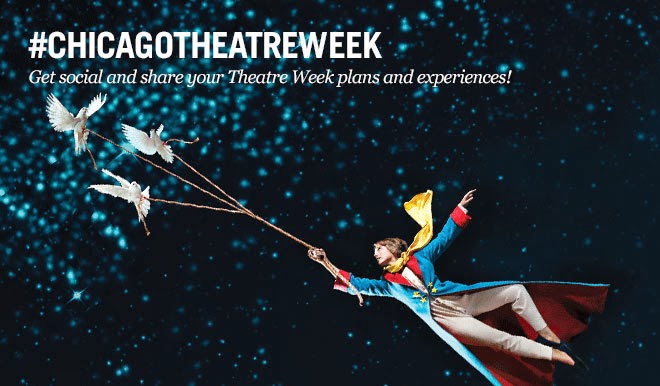 Posted by Bonnie Kenaz-Mara at 8:17 AM