All Production Photos by Matthew Murphy

Recommended for ages 12+; This production contains some adult themes, including discussions of suicide. Children under the age of four will not be permitted in the theatre.

I've wanted to see the multi award winning hit, DEAR EVAN HANSEN, since it launched in 2016, so I was beyond thrilled to finally have the chance to review the Broadway tour at Broadway in Chicago's Nederlander Theatre last Friday. My son, Dugan, who will graduate from Northwestern University's theatre arts program this spring, accompanied me, so it was even more of an excellent evening. Jared Kleinman is played by Pablo David Laucerica, an NU theatre alum who went to school with my son, and we ran into other current NU theatre students in the audience, so that was fun. 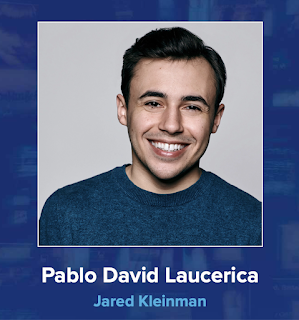 Pablo is PUMPED to be joining the DEH fam! A Miami-born Cuban-American, he recently graduated from Northwestern University, specializing in vocal performance and musical theatre. His main artistic interests include acting, songwriting, music production and content creation. Find his music content on TikTok/Instagram @pablodlaucerica!

The acting, score, production values, and set are just stellar. It's a joy to see Broadway musicals move beyond their big song and dance roots to delve into intense, contemporary, difficult subject matter like teen suicide, social media, truth, lies, and integrity with such energy and style. The character archetypes are entirely recognizable. It was wonderful to see so many relatable people have their moment in the spotlight.

Families with plenty of money and a stay at home mom might not have lives as picture perfect as things appear. Single moms working full time and taking classes toward a better life are likely not failing at parenting by not being around 24/7. Mourning someone is complicated and multilayered.

It's a compelling mix when worlds collide between the overworked single mom, son with social anxiety and an absent dad, and a rich family who appears to have everything, but have their own deep struggles with a bully father, alienated addict son, and a daughter lost in the shadows of her brothers issues and subsequent suicide.

Are accidental little white lies justifiable? Are social media's pressures, perils, and pitfalls worth the interconnection or does the medium amplify alienation, mistakes, and misinformation until things snowball out of control.

Theatre is a strange beast--a creative melting pot that combines writing, acting, musicians, set designers, and so many creatives, each doing their part in the service of story telling. When it all comes together as it does in DEAR EVAN HANSEN, it's nothing short of astonishing. In fact, the Evan Hansen character was so well written and embodied by Anthony Norman that it gave some patrons second hand anxiety, just watching his struggles. That's powerful, alchemy to elicit such a strong reaction. It was explained to me as feeling like seeing someone else as the victim of a practice joke and internalizing and sharing their mortification. Maybe the show should come with a trigger warning for both anxiety and suicide. Still, temporary discomfort is a small price to pay for seeing such a vital work, that hits our collective sore spots of anxiety and alienation, loneliness, loss, aimlessness, irrelevance and fears.

Live theatre audiences are so in tune that peoples' heartbeats have literally been scientifically proven to sink up while they're watching a show. And the audience influences and changes the energy and action on the stage as surely as productions affect patrons. It's the mark of an excellent show if the bond continues after the curtain call with discussions and insights. My son and I had a great discussion on the drive back to Northwestern, and his friends who took the  "L" said their train car was also full of lively conversations sparked by the show.

This is the type of work that leaves a lasting effect on audiences. DEAR EVAN HANSEN is a thought provoking, discussion inducing, must see! Highly recommended. ★★★★ Four out of four stars. ChiILLiveShows.com & ChiILMama.com 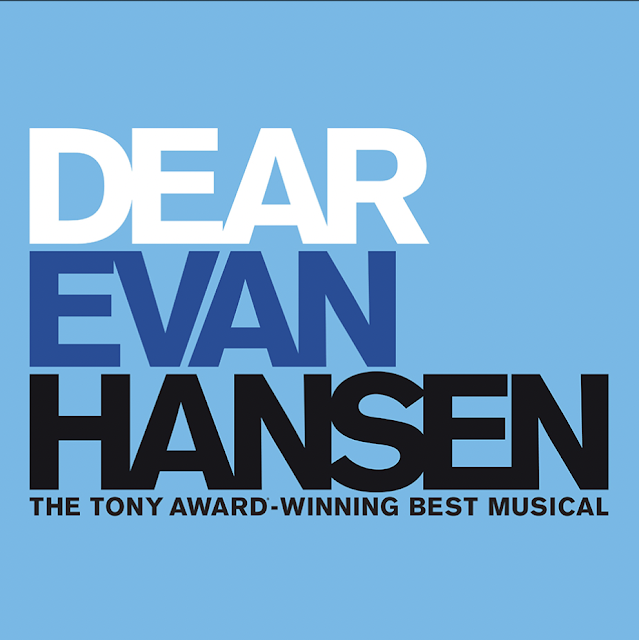 “THEATRICAL MAGIC. ONE OF THE MOST REMARKABLE SHOWS

DEAR EVAN HANSEN is now playing at Broadway In Chicago’s James M. Nederlander Theatre (24 W. Randolph St.). The production is running for a limited engagement through December 31, 2022. Tickets are on sale now at www.BroadwayInChicago.com.

DEAR EVAN HANSEN has struck a remarkable chord with audiences and critics everywhere, including The Washington Post who says DEAR EVAN HANSEN is “Theatrical magic. One of the most remarkable shows in musical theatre history.” The New York Times calls it “a breathtaking knockout of a musical.” And NBC Nightly News declares the musical “an inspiring anthem resonating on Broadway and beyond.”

DEAR EVAN HANSEN opened at the Music Box Theatre to rave reviews on December 4, 2016, where it has broken all box office records and struck a chord with critics and audiences alike. It went on to win six Tony Awards, including Best Musical, the Drama League Award for Outstanding Musical Production, two Obie Awards, a Drama Desk Award, two Outer Critics Circle Awards, and two Helen Hayes Awards. The show launched its First North American Tour at the Buell Theatre in Denver, Colorado in October 2018 and has since performed in more than 40 cities across North America playing for more than 1.5 million audience members. The West End Production of DEAR EVAN HANSEN opened at the Noël Coward Theatre in November 2019 and recently won the 2020 Olivier Award for Best New Musical, along with two other Olivier Awards. The show’s now-iconic blue polo and arm cast are part of the permanent collection of the National Museum of American History in Washington, D.C.

The Grammy Award-winning Original Broadway Cast Recording of DEAR EVAN HANSEN, produced by Atlantic Records, was released in February 2017, making an extraordinary debut on the Billboard 200 and entering the chart at #8 – the highest charting debut position for an original cast album since 1961 – and went on to win the 2018 Grammy Award for Best Musical Theater Album. 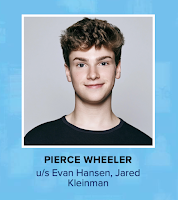 Individual tickets for DEAR EVAN HANSEN are now on sale to the public and range from $39.00 - $120.00 with a select number of premium tickets available. Tickets are available now for groups of 10 or more by calling Broadway In Chicago Group Sales at (312) 977-1710 or emailing GroupSales@BroadwayInChicago.com. For more information, visit www.BroadwayInChicago.com.

Broadway In Chicago was created in July 2000 and over the past 22 years has grown to be one of the largest commercial touring homes in the country. A Nederlander Presentation, Broadway In Chicago lights up the Chicago Theater District entertaining more than 1.7 million people annually in five theatres. Broadway In Chicago presents a full range of entertainment, including musicals and plays, on the stages of five of the finest theatres in Chicago’s Loop including the Cadillac Palace Theatre, CIBC Theatre, James M. Nederlander Theatre, Auditorium Theatre, and just off the Magnificent Mile, the Broadway Playhouse at Water Tower Place.

We recommend our audiences wear masks throughout the theatre. Visit www.BroadwayInChicago.com/covid19 for further details.