Be One Of The First To Catch This Monstrously Fun Movie

For The Whole Family.

Enter Below For Your Chance To WIN. 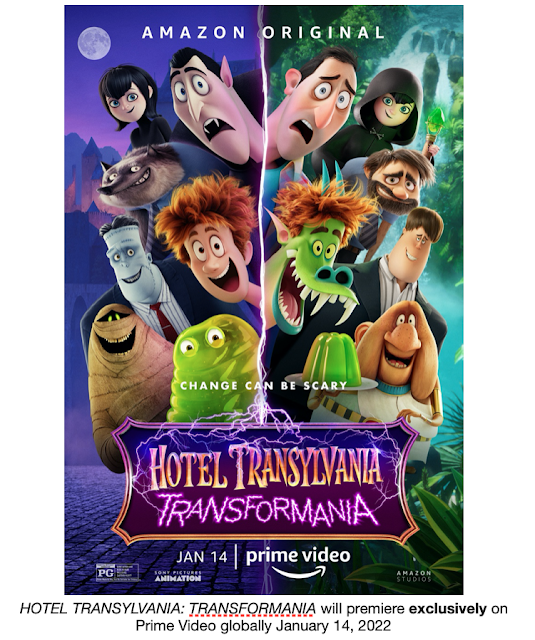 Here at ChiIL Mama, we're pleased to partner up with Prime Video to offer 50 links to stream Hotel Transylvania: Transformania on Wednesday, January 12th at 7:00PM CT. 25 lucky winners will each receive TWO screening codes, one to keep and one to gift to a friend. Open nationwide, continental US. Enter through midnight this Sunday, January 9th. We'll also be sending ONE GRAND PRIZE WINNER 2 Advance Home Screening links of Hotel Transylvania: Transformania AND A Grand Prize Watch Party Kit including: 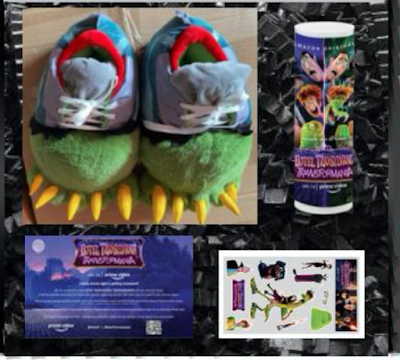 The 4th installment of the franchise, Hotel Transylvania: Transformania dives into the relationship between Dracula and his goofy, human son-in-law Johnny (Samberg). As Dracula plans to retire and gift his beloved Hotel Transylvania to his daughter Mavis (Gomez), he changes his mind at the last minute -worried that Johnny will ruin what he has built.
Disappointed that Dracula still doesn’t embrace Johnny as a member of his family, Johnny seeks help from Van Helsing (from third film) and successfully turns himself into a monster. In the wake of transforming himself, however, Johnny changes Dracula and his band of monster side-kicks –Blobby, Frankenstein, Mummy, Wayne, and the Invisible Man – into humans.
Dracula and Johnny set out together to find a secret crystal that will help turn them back accordingly, while learning to rely on and appreciate each other along the way. Written and directed by Genndy Tartakovsky, this film brings all of the beloved Hotel Transylvania characters together for a funny, heartfelt journey with a positive message for the whole family.
Check out the official trailer HERE.

Want to watch it now? We've got it. This week's newest movies, last night's TV shows, classic favorites, and more are available to stream instantly, plus all your videos are stored in Your Video Library. Over 150,000 movies and TV episodes, including thousands for Amazon Prime members at no additional cost. 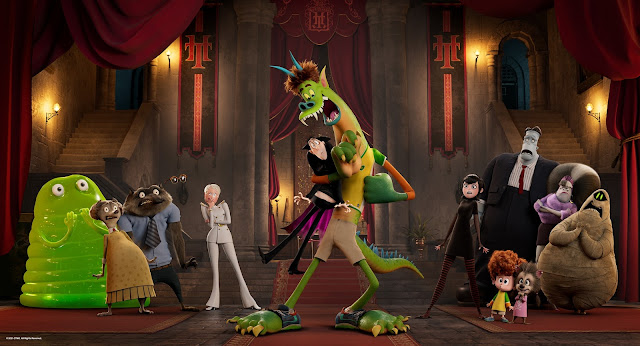 When Van Helsing’s (Jim Gaffigan) mysterious invention, the 'Monsterification Ray,’ goes haywire, Drac and his monster pals are all transformed into humans, and Johnny (Andy Samberg) becomes a monster! In their new mismatched bodies, Drac, stripped of his powers, and an exuberant Johnny, loving life as a monster, must team up and race across the globe to find a cure before it’s too late, and before they drive each other crazy.

Enter HERE for your chance to WIN

through midnight this Sunday, January 9th, 2022.

25 winners chosen for 2 Advance Home Screening Links (one for you/one to share with a friend) for Hotel Transylvania: Transformania on

ONE GRAND PRIZE WINNER will also be sent A Watch Party Kit including monster slippers, a full color Transformania poster, s'more kit, glow in the dark stickers and more.

Winners will be e-mailed, announced at ChiILMama.com, and listed on our social media outlets on Monday, January 10th. At that time I'll also be reviewing the movie. Good luck and as always, thanks for reading ChiILMama.com.

Thanks again to Prime Video for providing the links and watch party pack for our giveaway. As always, all opinions are my own.