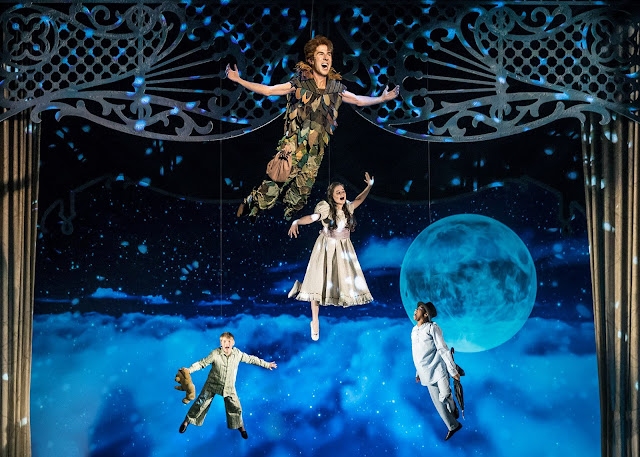 Peter Pan (Johnny Shea) leads the Darling siblings (Carter Graf, Elizabeth Stenholt, and Cameron Goode) on a high-flying adventure to Neverland in Peter Pan – A Musical Adventure, directed and choreographed by Amber Mak, streaming free on-demand for the holiday season, December 19, 2020-January 1, 2021. Photo by Liz Lauren.
Here at ChiIL Mama, we're so excited that Chicago Shakespeare Theater is offering families a FREE on-demand streaming performance of Peter Pan – A Musical Adventure through New Year’s Day. CST has long been a hometown favorite of ours and we're thrilled that their world class productions now have a worldwide audience. Don't miss this.
Chicago Shakespeare Theater invites audiences of all ages to return to Neverland with a FREE on-demand streaming performance of Peter Pan – A Musical Adventure beginning . The newly re-mastered recording of the Theater’s 2018 production—directed and choreographed by Amber Mak—was filmed by multiple cameras in front of a live audience, and now gives at-home viewers a front-row seat to the show. The 80-minute performance event will be available for worldwide distribution through New Year’s Day at chicagoshakes.com/peterpan. 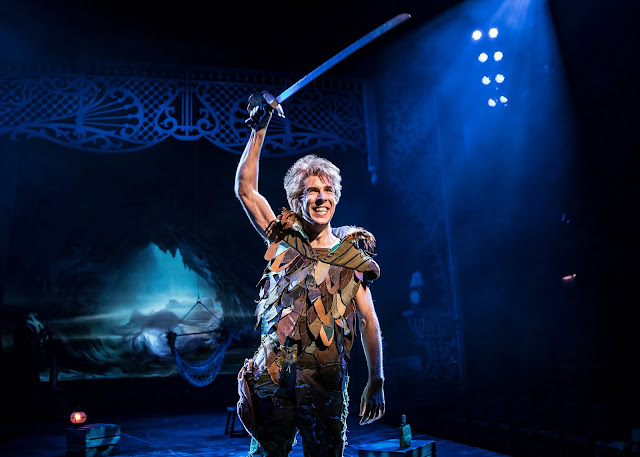 Based on J.M. Barrie's beloved tale about the boy who wouldn’t grow up, Peter Pan – A Musical Adventure dazzles with a score written by George Stiles and lyrics by Anthony Drewe—the award-winning songwriting duo behind smash hit Mary Poppins and the Olivier Award-winning Honk!. This newly updated version by Elliot Davis is based on the book by Willis Hall. The heartwarming musical follows Peter and the Darling children—Wendy, John, and Michael—on a high-flying journey to the enchanted world of Neverland, where the Lost Boys take on the villainous Captain Hook and his bumbling band of pirates. The 80-minute streamed production is the perfect opportunity for families to come together and experience the delights of theatrical performance this holiday season. 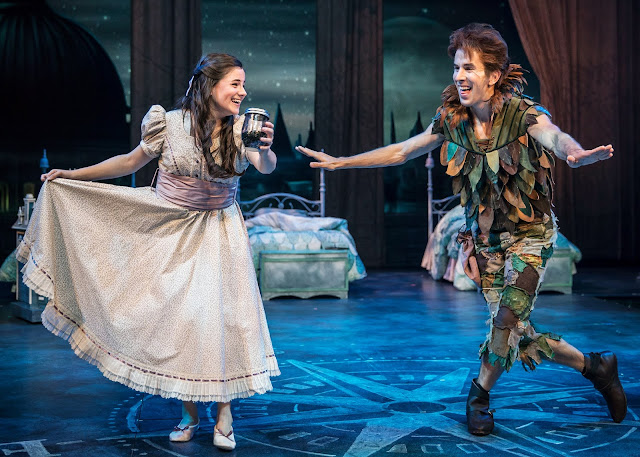 "What’s remarkable about young audiences is how they can transform the mundane and everyday into the fantastical," Director Amber Mak shared. "Yet in our world, as we tell them they have to grow up, that spark of imagination can be extinguished. Peter Pan has endured for so long because it inspires that imagination, hope, and freedom. Now more than ever, young people—and all of us, in fact—need that."

As part of the Theater’s commitment to making its programming accessible to all through its Access Shakespeare of initiatives, the streamed run of Peter Pan – A Musical Adventure includes options for closed captioning, ASL duo-interpretation, and audio description. Chicago Shakespeare is also virtually bringing the performance and supplementary activity materials to children's hospitals, senior care centers, and other residential facilities to spark joy when so many are unable to gather with loved ones due to distance or COVID-19 precautions this holiday season. 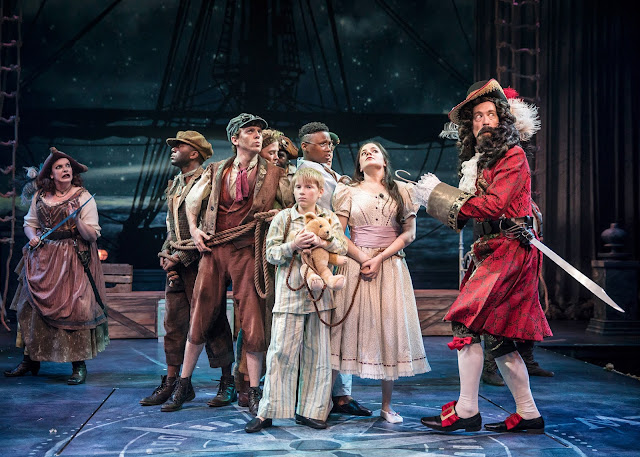 Captain Hook (James Konicek) is startled by the sound of the dreaded ticking crocodile while taunting the captured Lost Boys and Darling siblings, with the help of Starkey (Christina Hall) 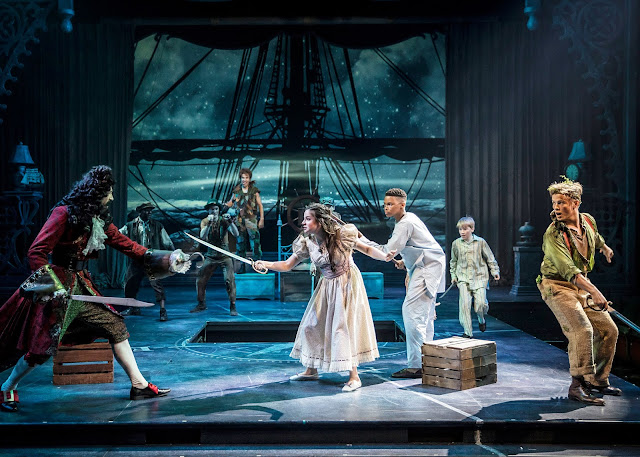 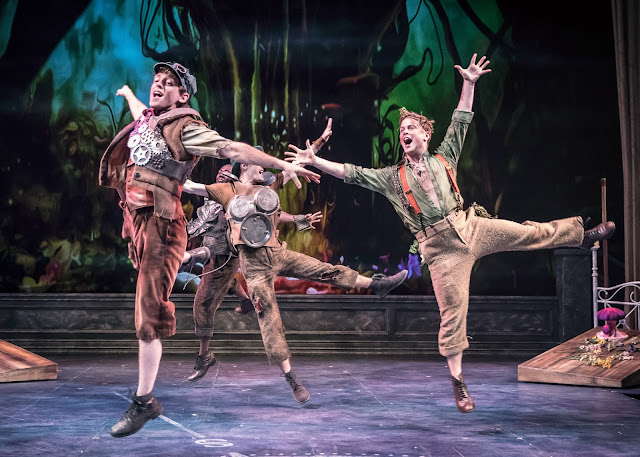 Under the leadership of Artistic Director Barbara Gaines and Executive Director Criss Henderson, Chicago Shakespeare has redefined what a great American Shakespeare theater can be—a company that defies theatrical category. A leading international theater company and recipient of the Tony Award for Outstanding Regional Theatre, Chicago Shakespeare Theater’s year-round season offers a vibrant array of classics, musicals, new works, and family programs for 225,000 audience members annually. Chicago Shakespeare is the city’s leading presenter of international work, and has toured its own productions across five continents. The Theater’s nationally acclaimed arts in literacy programs support the work of teachers, and bring Shakespeare to life on stage for tens of thousands of students annually. Each summer, the company tours a free professional production to neighborhood parks across Chicago. In 2017 the Theater unveiled The Yard, which, together with the Jentes Family Courtyard Theater and the Thoma Theater Upstairs, positions Chicago Shakespeare as Chicago’s most versatile performing arts center. chicagoshakes.com