Who better than a playful pair of bears
to warm up your family’s winter hibernation?

Wake Up, Brother Bear! was originally scheduled to run through February 16 but has already extended through March 1 due to popular demand. 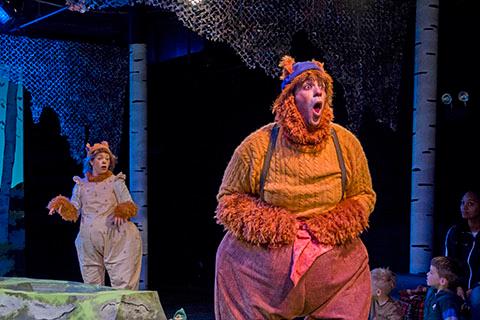 Sister Bear (Allyce Torres) encourages a group of Chicago’s youngest theatergoers to wake her brother out of hibernation in Wake Up, Brother Bear!, a highly immersive live experience for ages 0 to 6, now in its Chicago debut at Chicago Chilldren’s Theatre. Photo credit for all: Charles Osgood 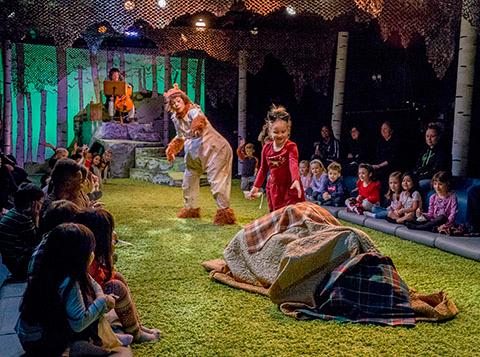 Chicago Children’s Theatre invites families to treat their little cubs to Wake Up, Brother Bear!, a highly interactive journey through the four seasons led by two loveable bears. See a waterfall melt, meet a butterfly, chase an elusive fish and skate on an icy pond. Full of music and physical activity, Wake Up, Brother Bear! takes kids on a fun, intimate and immersive theatrical experience. Even the littlest theatergoers will feel part of the show as they experience live storytelling in a whole new way. Pre and post show activities in the lobby round out the fun. 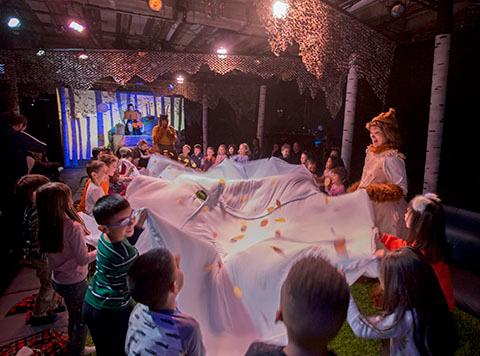 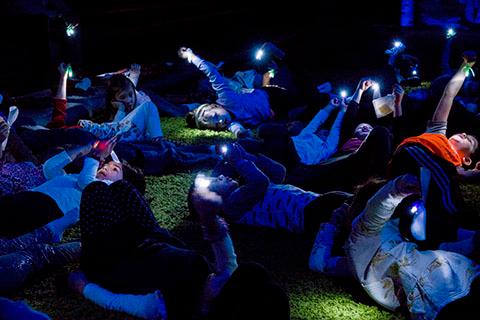 Wake Up, Brother Bear! will be presented January 25-February 16, 2020. That’s peak arctic season in Chicago, so bring your kids, particularly ages 0 to 6, to come thaw out at Chicago Children’s Theatre, The Station, 100 S. Racine Ave. in Chicago’s West Loop. Public performances are Saturdays and Sundays at 9:30 a.m. and 11:30 a.m. Run time is 45 minutes. 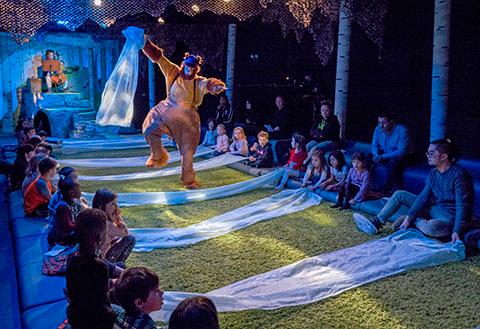 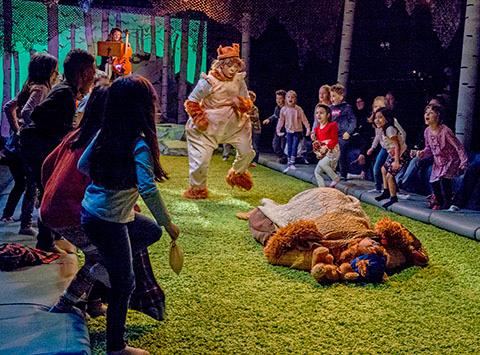 Single tickets are $22-$32 including fees. Even better, give your family the gift of live theater by including Wake Up, Brother Bear! in a 2019-20 Chicago Children’s Theatre subscription package. For tickets, subscriptions, discounted rates for groups of 8 or more, and information on weekday student matinees, visit chicagochildrenstheatre.org or call Chicago Children’s Theatre Guest Services, (312) 374-8835.

Chicago Children’s Theatre, The Station, is centrally located in Chicago’s West Loop neighborhood, minutes from I-90 and I-290, as well as downtown and Ashland Avenue. Take advantage of free onsite parking in CCT’s lot on the south side of the building. If the lot is full, free and metered street parking is available nearby, or try the Impark parking lot, 1301 W. Madison St. 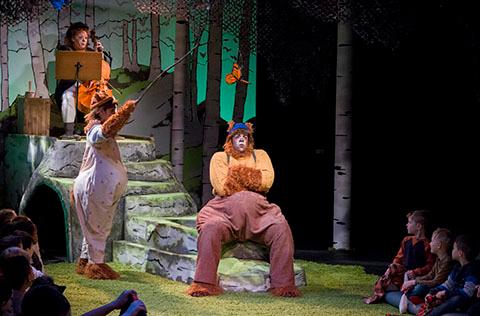 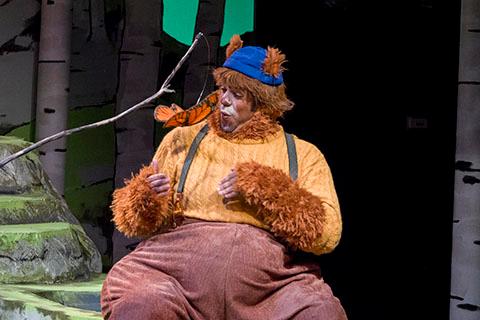 CCT continues to grow its commitment to all Chicago children at The Station by expanding services for patrons with disabilities. Access Weekend for Wake Up, Brother Bear! is February 8 and 9. Services include: 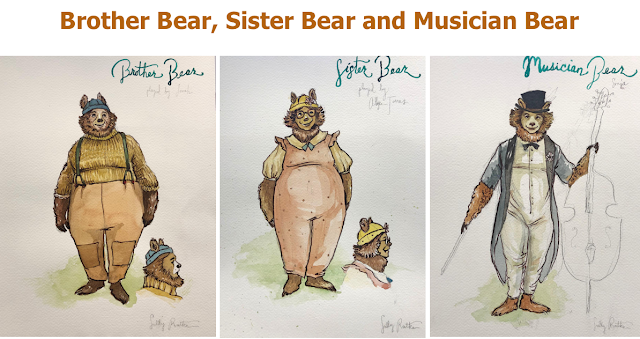 Behind the Scenes of Wake Up, Brother Bear!

Wake Up, Brother Bear! is written by Janet Stanford and Kathryn Chase Bryer. It was originally produced in 2009 by Imagination Stage in Bethesda, Maryland, where it remains an annual staple a decade later. 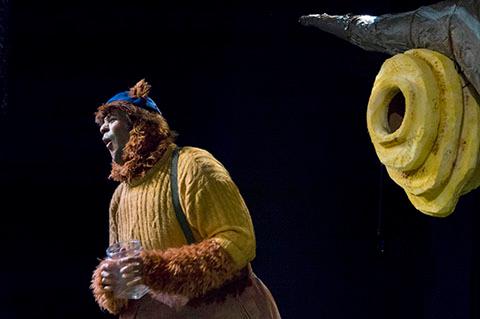 Chicago Children’s Theatre 2019-20 Subscription Packages are still on sale, starting at just $80 for three shows. Subscribers save up to 30% on single tickets and fees and received many other perks including 15 percent off all camps, and 10 percent off classes and birthday party rental fees. Visit chicagochildrenstheatre.org or call Chicago Children’s Theatre Guest Services, (312) 374-8835, to subscribe. 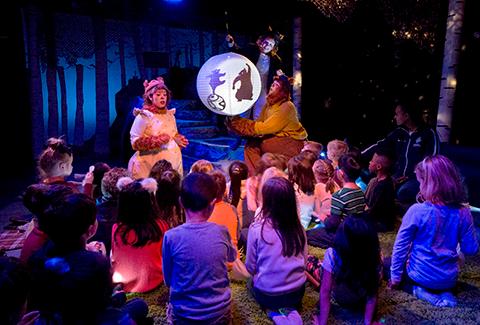 ﻿Led by Founding Artistic Director, Jacqueline Russell, Chicago Children’s Theatre was founded in 2005 with a big idea: Chicago is the greatest theater city in the world, and it deserves a great children’s theater. Fourteen years later, CCT is Chicago’s largest professional theater company devoted exclusively to children and young families. It has established a national reputation for the production of first-rate children’s theater, with professional writing, performing, and directorial talent and high-quality design and production expertise. Chicago Children’s Theatre remains dedicated to creating awe-inspiring theatrical productions and programs through inclusion and accessibility, and inspiring young people and families to lead lives of adventure, courage and curiosity. 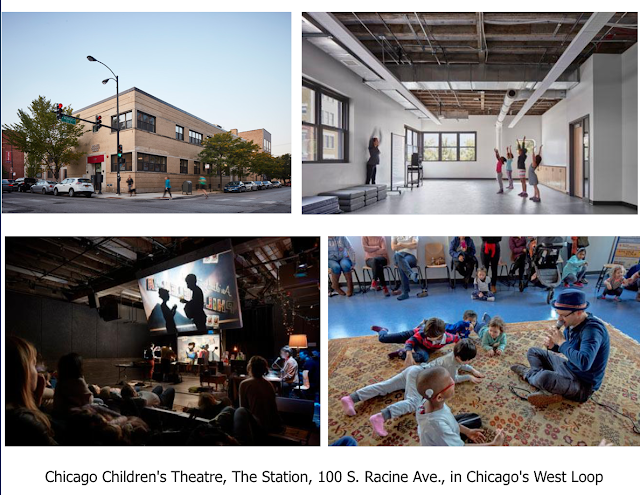 Since its founding, Chicago Children’s Theatre has produced 20 world premieres including The Selfish Giant, The Hundred Dresses, Jackie and Me, The Houdini Box, Mr. Chickee’s Funny Money, Leo Lionni’s Frederick, Wonderland, Alice’s Rock & Roll Adventure, Jabari Dreams of Freedom, The Year I Didn’t Go To School: A Homemade Circus, Manual Cinema’s Magic City, My Wonderful Birthday Suit!, Last Stop on Market Street, X Marks the Spot, The World Inside Me (with New York’s Spellbound Theatre) and The Watsons Go To Birmingham - 1963. These productions enjoyed successful inaugural runs in Chicago, many followed by productions at theaters across the U.S.

In addition to leading the company’s new play development, mainstage and education programs, Jacqueline Russell is the creator of Chicago Children’s Theatre’s Red Kite Project, a multi-sensory interactive theatre program tailored specifically to children with special needs. Last season, Russell created and directed X Marks the Spot, a multi-sensory experience inspired by her work with children with visual impairments, which will tour Chicago area schools this fall. In 2010, she was appointed by the U.S. State Department to serve as Cultural Envoy to Canada, was awarded the 2013 “Hero of the Year Award” from the Chicago chapter of Autism Speaks, and was honored as one of 20 Chicago women who have shaped arts and culture featured on Kerry James Marshall’s mural “Rushmore” on the west façade of the Chicago Culture Center.