Tickets for Chicago Theatre Week (#CTW19), an annual celebration of the rich tradition of theatre-going in Chicago during which visitors and residents can access value-priced tickets, all priced at $30, $15, or less, are available at ChicagoTheatreWeek.com.

Chicago Theatre Week will take place February 7-17, 2019. From joy to heartache and every feeling in between, Chicago theatre tells stories that evoke big emotions. Stories that take risks, inspire awe, ask tough questions – and dare audiences to do the same. From musicals to plays to comedy, theatre is for everyone in Chicago. Chicago Theatre Week is a celebration of the stories we share and will kick off 2019 as the Year of Chicago Theatre, a first-of-its-kind initiative designated by Mayor Rahm Emanuel.

Chicago Theatre Week, spanning a week and two full weekends, is heading into its seventh year. As a program of the League of Chicago Theatres, in partnership with Choose Chicago, more than 100 theatre productions will participate in neighborhoods throughout the city and suburbs. 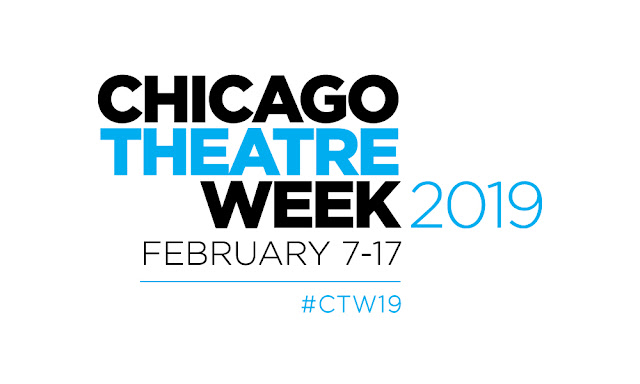 Last year, in February 2018, 115 participating productions offered value-priced tickets to 619 individual performances during Chicago Theatre Week. More than 12,500 tickets were sold in 2018, marking a rapid increase in sales over the course of the initiative. The program continued to bring in new audiences to area theaters with an average of 66% of attendees visiting their chosen theatre for the first time. Theatre Week proved to be a draw for visitors from outside Chicago with 17% of patrons coming from beyond 50 miles of the city, including 40 states.

“Chicago, which is home to more than 250 dynamic theaters, provides visitors more variety and creative platforms than any destination in the United States,” said David Whitaker, President and CEO of Choose Chicago. “With 2019 being the Year of Chicago Theatre, Chicago Theatre Week is for many a chance to raise the curtain on the amazing performances, venues, artists and diverse audiences. While Chicago Theatre Week offers a featured preview it may also be an opportunity for visitors to realize that our theater scene cannot be taken in in just one day or perhaps just one visit and we invite everyone to take advantage of the celebration and programming.”

The official hashtag for Chicago Theatre Week 2019 is #CTW19.

About Chicago theatre
Chicago theater is the leader in the U.S. with more than 250 theaters throughout Chicagoland, comprising a rich and varied community ranging from storefront, non-union theaters to the most renowned resident theaters in the country, including 5 which have been honored with Regional Tony Awards, and the largest touring Broadway organization in the nation. Chicago’s theaters serve 5 million audience members annually and have a combined budget of more than $250 million. Chicago produces and/or presents more world premieres annually than any other city in the nation. Last year alone Chicago theater companies produced more than 100 world premiere productions and adaptations. Each year Chicago theaters send new work to resident theaters across the country, to Broadway, and around the world.

League of Chicago Theatres’ Mission Statement
Theatre is essential to the life of a great city and to its citizens.  The League of Chicago Theatres is an alliance of theatres which leverages its collective strength to support, promote, and advocate for Chicago’s theatre industry. Through our work, we ensure that theatre continues to thrive in our city.

For a comprehensive list of Chicago productions, visit the League of Chicago Theatres website, ChicagoPlays.com. Half-price tickets to the current week’s performances as well as future performances are available at HotTix.org and at the two Hot Tix half-price ticket locations: across from the Chicago Cultural Center at Expo72 (72 E. Randolph) and Block Thirty Seven (108 N. State).

Posted by Bonnie Kenaz-Mara at 8:42 AM