OPENING: SHREK THE MUSICAL at The Marriott Theatre for Young Audiences Through December 30th, 2018

ChiIL Live Shows On Our Radar
SHREK THE MUSICAL

Everyone's favorite ogre is back in this hilarious stage spectacle,
based on the Oscar-winning, smash-hit film.

Here at ChiIL Mama, we adore The Marriott Theatre for Young Audiences series. Their one hour run time, expert casting, and fun theatre in the round staging makes these shows a delight for kids and adults alike. I'll be out with the family for the press opening, October 13th. Check back soon for my full review.

Rediscover the true form of love and friendship with Jeanine Tesori and David Lindsay Abaire’s musical adaptation of the Oscar-winning DreamWorks Animation hit, SHREK THE MUSICAL at The Marriott Theatre for Young Audiences, 10 Marriott Drive in Lincolnshire, from October 5 through December 30, 2018, with a press opening on Saturday October 13 at 10:00 a.m.  With its clever and humorous take on classic fairytales, this fun and adventure-filled production will be directed by Scott Weinstein, with choreography by William Carlos Angulo and musical direction by Matt Deitchman.

An unlikely hero, Shrek is determined to reclaim his precious swamp from exiled fairytale misfits with the help of his wisecracking sidekick, Donkey. Together, they find themselves on a life-changing journey to rescue a princess who is locked away in an isolated castle guarded by a fire-breathing, lovesick dragon. Throw in a short-tempered bad guy, a royal wedding, and an evil curse and you've got the kind of mess only true love’s kiss can fix! 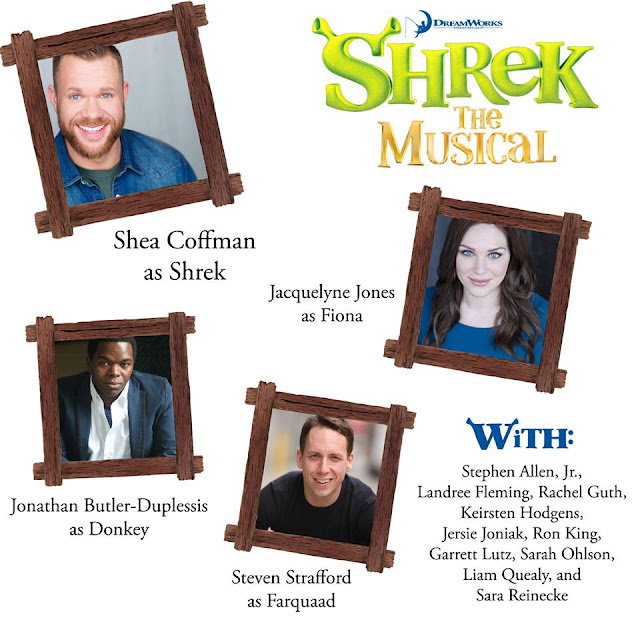 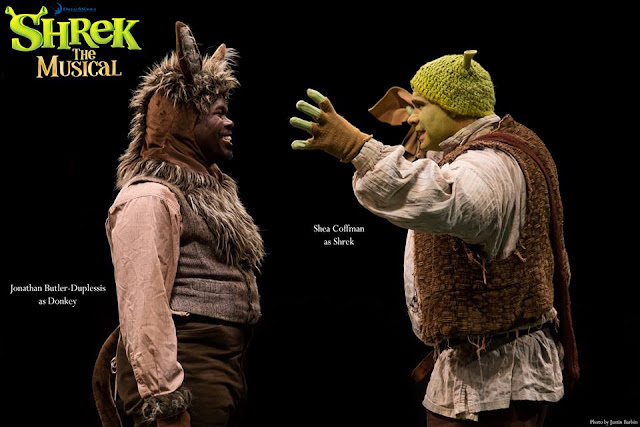 SHREK THE MUSICAL runs on most Wednesdays through Sundays at 10 a.m. with certain performances at 12:30 p.m. Visit MarriottTheatre.com or call 847.634.0200 for exact schedule, as show times and dates may vary. Single ticket prices are $18.23 per person. Groups of 20 or more receive a discount by calling 847.634.5909. Free parking is available at all shows. To reserve tickets, call the Marriott Theatre Box Office at 847.634.0200 or visit www.MarriottTheatre.com.
Posted by Bonnie Kenaz-Mara at 6:10 PM