OPENING:  PIPPIN Via Mercury Theater at Venus Cabaret from October 11 to November 18, 2018

PIPPIN to run in the Mercury Theater’s Venus Cabaret from October 11 to November 18, 2018 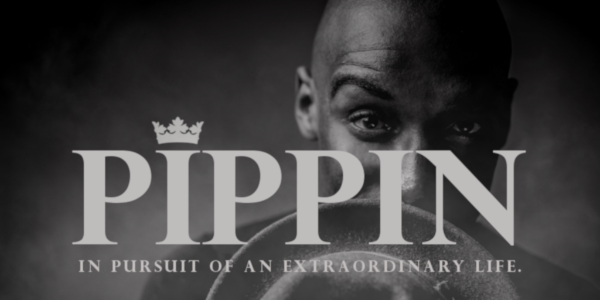 **Note: This play contains mature content, including sex, drug use, and theatrical gun fire and gun violence. It is recommended for mature audiences ages 15 and older. **

I'll be out with my teenage son for the press opening, October 13th, so check back soon for our full review. Here at ChiIL Mama and ChiIL Live Shows we've long been fans of Mercury Theater Chicago's excellent productions, and we're elated that they've added the intimate Venus Cabaret to their sphere of influence. We're expecting Pippin to be stellar!

Mercury Theater Chicago, 3745 N. Southport Avenue, is pleased to announce that PIPPIN will run from October 11th through December 16th in Venus Cabaret Theater. In this ‘Magic to Do’ musical Prince Pippin is on a quest for his ‘Corner of the Sky’ and eventually meets a special ‘Kind of Woman’.

Audiences will experience PIPPIN like never before in this intimate and immersive production featuring Donterrio Johnson as the Leading Player. PIPPIN will reunite the creative talents behind our hit production of HAIR THE AMERICAN TRIBAL LOVE ROCK MUSICAL featuring L. Walter Stearns (director), Eugene Dizon (musical direction), and Brenda Didier (choreography).
Heir to the Frankish throne, the young prince Pippin is in search of the secret to true happiness and fulfillment. He seeks it in the glories of the battlefield, the temptations of the flesh and the intrigues of political power (after disposing of his father, King Charlemagne the Great). In the end, though, Pippin finds that happiness lies not in extraordinary endeavors, but rather in the unextraordinary moments that happen every day. PIPPIN’s message is universal and connects with audiences across the age spectrum.

With an infectiously unforgettable score from four-time Grammy winner, three-time Oscar winner and musical theatre giant Stephen Schwartz, PIPPIN continues to captivate and appeal to the young at heart throughout the world. Winner of four 2013 Tony Awards including Best Musical Revival, PIPPIN first opened in 1972 and ran on Broadway for 1,944 performances with choreography by Bob Fosse and a book written by Roger O. Hirson.

Mercury Theater Chicago is an entertainment complex consisting of 2 stages – Mainstage Mercury, an intimate jewel-box of a theatre, seating 290 people in a continental style and the Venus Cabaret, an immersive theatrical experience to delight all senses in a cabaret setting. The Mercury Theater is located in the heart of a sophisticated neighborhood of restaurants and shopping close to Wrigley Field. A delightful theater destination,

Mercury Theater Chicago takes care of its guests from the moment they arrive with valet service and dining at its adjoining restaurant, Grassroots. The hilarious Broadway musical AVENUE Q will be playing on the Mainstage alongside PIPPIN through November 4th, 2018.

Individual tickets range from $60-$65, which include appetizers and dessert, and are available online at www.MercuryTheaterChicago.com, over the phone at 773.325.1700, or in person at the Mercury Theater box office at 3745 N. Southport Avenue, Chicago.

About the cast of PIPPIN:

NICOLE ARMOLD (Catherine) is delighted to return to Venus Cabaret Theater where she was last seen as Susan in the inaugural production of Company. Her Mercury Theater Chicago credits include: Mary Poppins (Mary Poppins) and Martha (The Christmas Schooner). Other recent Chicago credits include: Ride the Cyclone and Sense and Sensibility (Chicago Shakespeare Theater), Into the Woods (Metropolis), Northanger Abbey (Lifeline), Mill Girls (ATC/ETOPiA) and The Merry Widow (Light Opera Works).

DON FORSTON* (King Charlemagne) is excited to return to the Mercury Theater after two Christmas seasons in the Mercury Theater Chicago’s production of The Christmas Schooner. His numerous Chicago theatre credits include My Fair Lady, Guys and Dolls and Pirates of Penzance (Jeff Award Nominated) (Marriot
Theatre); and White Christmas (Drury Lane). Select on-camera credits include “Chicago P.D.” and “Rookie of the Year.”

MICHAEL RAWLS (Ensemble, u/s Leading Player) is excited to be a part of their first production with Venus Cabaret Theater. Their previous credits include Man of La Mancha (MadKap Productions); Rudolph the Red-Hosed Reindeer (Hell in a Handbag) and Madagascar (Chicago Shakespeare).

GABRIEL ROBERT (Theo) is thrilled for his Venus Cabaret Theater debut. Selected credits include Gypsy at Jedlicka Performing Arts Center and The Magic Flute at The Lyric Opera. Recent on-camera credits include a recurring role on Showtime’s “The Chi.”

About the Creative Team of PIPPIN:

L. WALTER STEARNS (Director) As Executive Director of Mercury Theater Chicago, Walter is a champion for Chicago artists and productions and has overseen the physical and cultural revival of a beautiful theatre. He has directed over 40 musicals including his Jeff Award-winning productions of The Addams Family and Ragtime as well as the Jeff Award nominated productions of Mary Poppins, The Producers, The Addams Family, Avenue Q, The Color Purple, Barnum -The Circus Musical, The Christmas Schooner, Nine the Musical, Ragtime, Gypsy, The Secret Garden, Sweeney Todd, Company, A New Brain, Into the Woods, Merrily We Roll Along and Falsettos. He was pleased to produce The Man Who Murdered Sherlock Holmes, which was awarded the Jeff Award for New Work. Most recently, he opened the new Venus Cabaret Theater with Stephen Sondheim’s Company. Walter has received the Jeff Award (Ragtime), BroadwayWorld Award (Avenue Q), After Dark Awards, the Larry Sloan Advocate Award (for his support of Season of Concern), the first Guy Adkins award for his contributions to the art of musical theatre and the Franny Award as a distinguished alumnus of the University of Illinois at Chicago.

EUGENE DIZON (Musical Director) is ecstatic to be collaborating with this talented cast and crew of Pippin at Venus Cabaret Theater. His work is Collage, Falsettos; 4 After Dark Awards (Ragtime, Sweeney Todd, A New Brain, Merrily We Roll Along), and BroadwayWorld nominations for Hair, Mary Poppins and The Color Purple.

Additionally, he has been the musical director for Company, The Producers and Barnum, all at the Mercury, and Company at Venus. He is honored to have been inducted into the Chicago Filipino Hall of Fame. Eugene has co-produced 6 “Season of Carols” CD’s (with Cory Goodrich) which features some of the brightest talent in Chicago theater today, for which Season of Concern awarded him the 2013 Larry Sloan Advocate Award and the Season of Concern 2018 Larry Sloan Legacy Award for consistently and passionately being a trailblazer on behalf of Season of Concern. Eugene has been musical directing for over two decades garnering 6 Jeff Awards (Ragtime, Sweeney Todd, Amadeus, Company, Into the Woods, Merrily We Roll Along), Jeff nominations for A Grand Night for Singing, Candide, Nine the Musical, Closer Than Ever, A Little Night Music, Passion and Colette.

BRENDA DIDIER (Choreographer) is thrilled to make her Venus Cabaret debut! Dider’s Mercury Theater choreography credits include Barnum, The Color Purple, The Addams Family, The Christmas Schooner, Mary Poppins and directing last season's Hair. Didier is a freelance director/choreographer and recipient of multiple Jeff Awards in direction and choreography, After Dark Awards, the National Youth Theatre Award and was honored last spring with the 2018 Guy Adkins Award for the advancement of music theatre in Chicago.

RACHEL BOYLAN (Costume Design) is excited to be a part of Venus Cabaret’s inaugural season after having spent many years working at Mercury Theater Chicago. Her Mercury Theater Chicago design credits include: Avenue Q (2014 and 2018), Mary Poppins and I Left My Heart. Additional selected Chicago credits include: Leavings (Polarity Theater Ensemble); Hello & Goodbye (Bluebird Arts); All Girl Dracula (The Mammals); Who Too, The Dancing Plague (The Right Brain Project); Joseph and the Amazing Technicolor Dreamcoat (St. James Community Theater).

(Nuns4Fun Entertainment), and various productions with The Second City. Flores-Deter is currently working on the Mercury Theater Chicago stage in the long-running hit, Avenue Q, after an incredible run in 2014 (BroadwayWorld Award).

Posted by Bonnie Kenaz-Mara at 4:49 PM