It's Time to Get Your Monsters In a Row...
Here at ChiIL Mama and ChiIL Live Shows we can't wait to celebrate 200 years of Mary Shelley's classic with four productions of FRANKENSTEIN on stage in Chicago this season. I'll be out to review all of them. How many of the "frankenfour" do you plan to see? We're already off to a stellar start with Lifeline's stunning world premiere adaptation featuring a female lead and a life sized, soul eating puppet monster! Highly recommended.


Wondering where to start, with such a plethora of unique productions? Lookingglass Theatre Company, Court Theatre and Manual Cinema, Lifeline Theatre, and Remy Bumppo Theatre Company announce FRANKENSTEIN: Unearthed, a one-time-only event exploring the four productions of this classic tale coming to Chicago stages during the 2018-2019 season. 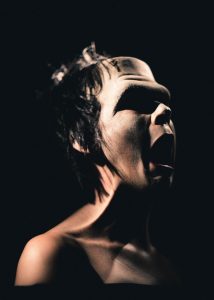 FRANKENSTEIN: Unearthed takes place September 30, 2018 at 1:00 p.m. at Lookingglass Theatre Company. Tickets are $15 and can be purchased online HERE. Lookingglass is located at 821 N Michigan Avenue at Pearson.

In celebration of the 200th Anniversary of the first publishing of Frankenstein, Mary Shelley's monster comes to life in Chicago this season with four distinctive theatrical productions at Court Theatre, Lifeline Theatre, Lookingglass Theatre Company, and Remy Bumppo Theatre Company.

What is Chicago’s fascination with this undying tale? How will this story be told? Four Frankensteins, seriously? Artists David Catlin and Cordelia Dewdney (Lookingglass Theatre Company), Drew Dir (Manual Cinema), Ian Frank and Eliza Stoughton (Remy Bumppo Theatre Company), and Robert Kauzlaric and Ann Sonneville (Lifeline Theatre) will answer these questions and more in a conversation led by Chicago Tribune critic Chris Jones. Come learn about the vision behind each Frankenstein adaptation and get a preview of each show!

“As all the major Chicago productions of Frankenstein were announced this past spring, each one of them vastly different in style and substance, we realized the potential for a collaborative, synergistic exploration of this rich and constantly surprising story, and of Mary Shelley, the brilliant mind behind it,” comments Nick Sandys, Producing Artistic Director of Remy Bumppo. “That a theatrical endeavor of this scale and diversity is happening here speaks not just to the artistic dynamism of Chicago, but to the sophistication and curiosity of its arts patrons. We wanted therefore to spark a city-wide conversation with our colleagues and discuss how we are all tackling the novel's myriad themes and universal questions, which still so clearly speak to us today. This special event will bring all four theaters together for one evening and give our audiences a sneak-peek at this season's unique "Frankenstein festival"--and the chance to explore the question: Why so many Frankensteins?”

CORDELIA DEWDNEY (Mary Shelley/Elizabeth in Mary Shelley’s Frankenstein at Lookingglass Theatre Company) is a graduate of Northwestern University where she studied Theatre and English. Recent credits include: Hard Times and Moby Dick at Lookingglass Theatre Company and Women Beware Women with the Chicago Shakespeare Project She has worked with Alliance Theatre, Arena Stage, and South Coast Repertory for the National tour of Moby Dick, and has appeared on Chicago Med. She is joyfully represented by Stewart Talent.

DREW DIR (Manual Cinema Co-Artistic Director) is a writer, director, and puppet designer. Previously, he served as the Resident Dramaturg of Court Theatre and a lecturer in theater and performance studies at the University of Chicago. He holds a master’s degree in Text and Performance Studies from King’s College London and the Royal Academy of Dramatic Art.

IAN FRANK (Director of Frankenstein at Remy Bumppo) is the Artistic Assistant and the director of Frankenstein at Remy Bumppo Theatre Company. He is the Producer of Remy Bumppo's SPARK Reading Series (directing both Inheritors and Conversations in Tusculum) and assistant directed Pygmalion. In Chicago, Ian directed Incident at Vichy (Jeff nomination for Best Ensemble), Another Bone and Shipwrecked! (Redtwist) and Bob: A Life in Five Acts (LiveWire) and assisted Sunday in the Park with George and Cyrano at Chicago Shakespeare Theater. He recently workshopped his own adaptation of The Call of the Wild at Milwaukee Rep. Ian holds an MFA in Directing from The Theatre School at DePaul University and has a long relationship with Actors Theatre of Louisville where he has directed several shows at the Humana Festival of New American Plays.

ROBERT KAUZLARIC (Adaptor of Frankenstein at Lifeline Theatre) is a Chicago-based playwright, director, and actor. He has written more than a dozen theatrical adaptations, which have been performed in over 40 states across the U.S., as well as in England, Ireland, Wales, Canada, and Australia. Previous Lifeline adaptations include Neverwhere (Non-Equity Jeff Award: New Adaptation) and Northanger Abbey (with George Howe; Non-Equity Jeff Award: New Musical).

ANN SONNEVILLE (Victoria in Frankenstein at Lifeline Theatre) is an Ensemble Member with Trap Door Theatre, where she has appeared in numerous productions, and Red Tape Theatre, where she recently appeared in Round Heads and Pointed Heads. Other credits: Actors Theatre of Louisville, The Steppenwolf Garage, Lookingglass Theatre Company, Lifeline Theatre, Griffin Theatre, Strange Tree, Oracle Productions, the side project, The Chicago Mammals, and numerous original productions with Bruised Orange Theatre Company. Film/TV credits: Miriam Is Going To Mars (BMA Award - Best Actress), Dig Two Graves, Chicago P.D., Hunting God, and numerous shorts. She is a professional voiceover artist and instructor at the Vagabond School.

CHRIS JONES (Moderator) has been the chief theater critic and Sunday culture columnist of the Chicago Tribune since 2002 and he is author of Bigger, Brighter, Louder: 150 Years of Chicago Theater (2013), and the upcoming book Rise Up!: Broadway and American Society from 'Angels in America’ to ‘Hamilton’ (November 2018). His work has appeared often in the New York Times, Washington Post, Los Angeles Times, American Theater, and many other publications. In 2014, he became the director of the Eugene O'Neill Theater Center's National Critics Institute in Waterford, CT. In 2001, Chris was named by American Theater magazine as one of the most influential theater critics in America. In 2015, he was the winner of Cornell University's George W. Nathan Award, the most prestigious honor for drama critics in the United States.

When an unexpected death shatters her family, Victoria retreats into the darkest recesses of her psyche in search of a way forward. To find meaning in this impossible loss, she brings a terrible creation to life – one whose existence threatens all hopes for the future. Haunted and hunted at every turn, Victoria must endure a nightmare journey of the soul in a quest for survival. Grapple with the demons of grief and denial in this world premiere adaptation of the 1818 thriller by Mary Wollstonecraft Shelley.

About Lifeline
Lifeline Theatre is driven by a passion for story. Lifeline’s ensemble process supports writers in the development of literary adaptations and new work, and its theatrical and educational programs foster a lifelong engagement with literature and the arts. A cultural anchor of Rogers Park, Lifeline is committed to deepening its connection to an ever-growing family of artists and audiences, both near and far.

About Remy Bumppo Theatre Company:
Remy Bumppo Theatre Company produces theatre that thrills the ear, stirs the heart, feeds the mind, and sparks a conversation. As an ensemble-based producer of intellectually and emotionally inspiring plays that reveal the power and pleasure of language, we explore timeless ideas in timely productions that celebrate our common humanity; and we invite audiences to converse directly with the art and the artists.

Remy Bumppo challenges our audiences with the intersection of expansive ideas and rich language, often presenting texts that have been sidelined because they may seem too intellectually complex, demanding active intelligence as well as great passion from artist and patron alike. We produce such art in order to advance deeper understanding of the human condition, test commonly perceived notions, and elevate cultural discourse. We then invite audiences to converse directly with the art and the artists, engaging them in one-on-one conversation about the work itself through innovative supplementary programming.

Within every man there is a monster; within every monster, a man. But which is which? An eerie evening of ghost stories crackles to life as Mary Shelley unspools her tale of Victor Frankenstein and his unholy experiment. This gothic tale of love, horror, and the power to create life—and destroy it—awakens in this visceral, original retelling of Frankenstein. Fresh from the brain of Ensemble Member David Catlin, creator of Moby Dick and Lookingglass Alice, comes a galvanic adaptation of this undying story. See for yourself this latest invention come to shocking life!

Posted by Bonnie Kenaz-Mara at 4:18 PM