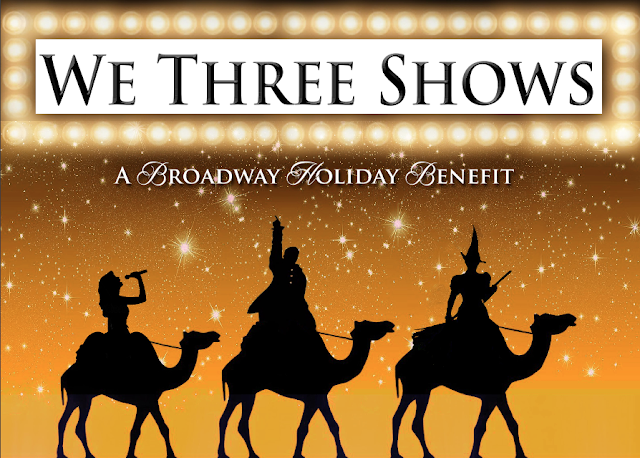 Net proceeds raised from the benefit will support adults and children living with HIV/AIDS as well as those at risk for HIV through wraparound services provided by Chicago House, including housing, employment services, medical linkage and retention, and prevention services.

“We Three Shows: A Broadway Holiday Benefit” is produced by the company members of WICKED, BEAUTIFUL – THE CAROLE KING MUSICAL and HAMILTON themselves.  This performance event is an opportunity for the company to step out of their roles in the musicals and perform some of their personal favorites.

The evening will include a live auction featuring backstage tours – including costuming, makeup and “watching from the wings” opportunities, performance tickets, and an opportunity for walk on roles.

WICKED is at the Oriental Theatre (24 W. Randolph) now through January 21, 2018. Returning to Chicago by popular demand, BEAUTIFUL – THE CAROLE KING MUSICAL plays through January 28, 2018 at the Cadillac Palace Theatre (151 W. Randolph).  HAMILTON is currently playing at the CIBC Theatre (18 W. Monroe) with tickets on sale for performances through September 2, 2018.

ABOUT THE BENEFICIARIES
Broadway Cares/Equity Fights AIDS is one of the nation’s leading industry-based, nonprofit AIDS fundraising and grant-making organizations. By drawing upon the talents, resources, and generosity of the American theatre community, since 1988 BC/EFA has raised more than $300 million for essential services for people with AIDS and other critical illnesses across the United States.

Broadway Cares/Equity Fights AIDS is the major supporter of the social service programs at The Actors Fund, including the HIV/AIDS Initiative, the Phyllis Newman Women’s Health Initiative and the Samuel J. Friedman Health Center for the Performing Arts. Broadway Cares also awards annual grants to more than 450 AIDS and family service organizations in all 50 states, Puerto Rico and Washington, DC.

Chicago House and Social Service Agency has been on the forefront of reducing barriers for those affected by HIV/AIDS since the early years of the epidemic. Founded in 1985, Chicago House was the first HIV housing provider in the Midwest. We now serve more than 2,000 clients annually through expanded programming to holistically support individuals living with HIV/AIDS.

For more information about our services, making a donation, or volunteering visit us online at www.chicagohouse.org; and, https://www.facebook.com/ChicagoHouse1985