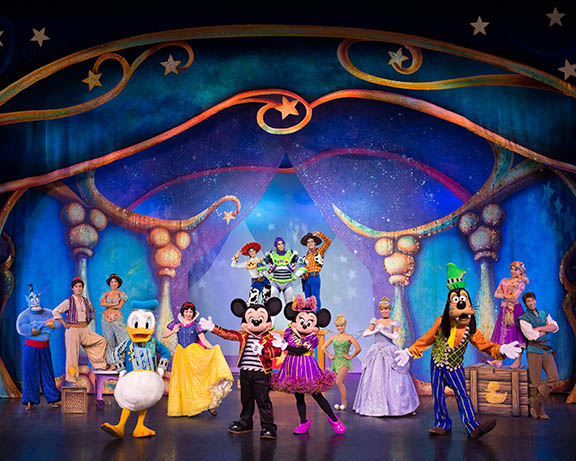 The door will open to reveal mesmerizing worlds of unforgettable Disney moments and grand illusions when Disney Live! Mickey and Minnie’s Doorway to Magic visits the Chicago area, Oct. 20-22, for seven performances at the Rosemont Theatre and it's our pleasure here at ChiIL Mama, to partner up with them again this year, and offer a giveaway for our readers.

Win a FREE Family 4 Pack of Tickets To The Opening Night of Disney Live! presents Mickey and Minnie’s Doorway to Magic for 7 p.m., Friday, Oct. 20

ENTER HERE
FOR YOUR CHANCE TO WIN!
Winner will be posted on our social media outlets Friday, October 13th, and notified via private e-mail. Enter early and often through midnight Thursday, October 12th. Good luck and thanks for reading ChiILMama.com.

Feld Entertainment, the worldwide leader of live touring family entertainment, sets the stage for its most compelling Disney theatrical compilation to date with Disney Live! Mickey and Minnie’s Doorway to Magic. Audience members join Mickey Mouse, Minnie Mouse, Donald Duck and Goofy as they step into mysterious portals throughout the Disney universe, entering the enchanted lands of more than 20 favorite Disney characters and encountering surprises at every turn of the doorknob.

Families will be transported to magical moments showcased in the animated features Disney’s Tangled, Aladdin, Cinderella, Snow White and the Seven Dwarfs, Fantasia and Disney•Pixar’s Toy Story, as these beloved stories are fused together with theatrical illusions to create a dynamic, multi-layered experience, complete with high-energy choreography and an original song titled “Magic is Here.” Everything from the pop and funk infused soundtrack to the diverse choreography is essential to the vitality of the show and its differentiation from a traditional re-telling of classic tales. 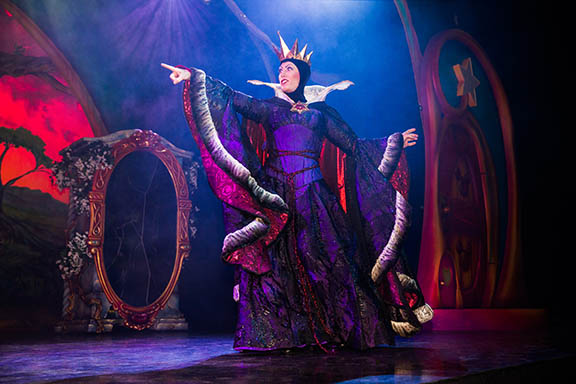 “This show is about bringing to life the magical places and moments that exists with the world of Disney in a very authentic and modern way,” said Feld Entertainment Executive Vice President and Disney Live! Producer Alana Feld. “By using magic and illusions, we’ve reimagined iconic scenes and enhanced them, creating a great connection to the characters and stories for our audiences.” 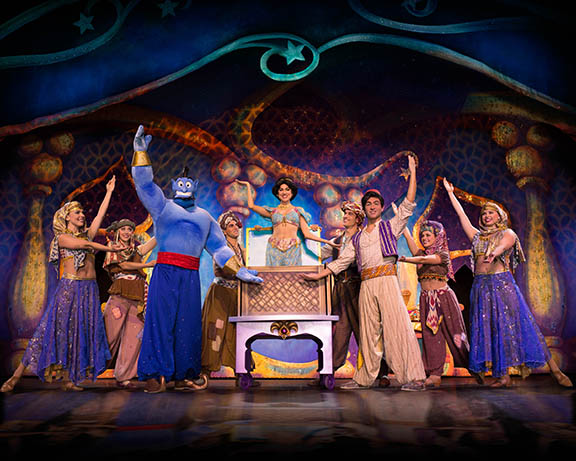 Audiences will see the Fairy Godmother transform Cinderella’s rags into a beautiful ball gown in a split second; the Toy Story gang defy the dimensions of Andy’s toy box with the help of the green army men; and the spectacular stage debut of Rapunzel and Flynn Rider as they rise into the sky amidst the floating lanterns. With special appearances by Snow White, Tinker Bell and Aladdin’s Genie, fans never know what to expect or who might join in the fun. 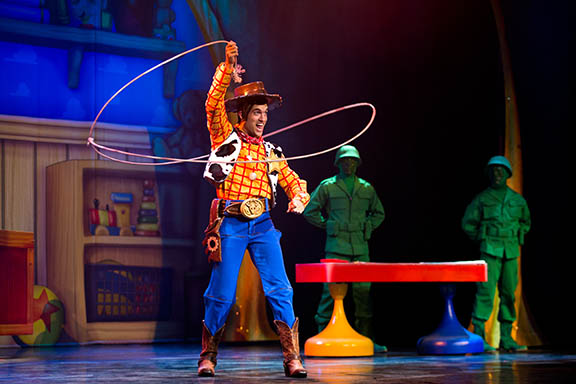 
Feld Entertainment is the worldwide leader in producing and presenting live touring family entertainment experiences that lift the human spirit and create indelible memories, with 30 million people in attendance at its shows each year.  Feld Entertainment’s productions have appeared in more than 75 countries on six continents and include Disney On Ice, Disney Live!, Monster Jam® and Marvel Universe Live.

Disclosure: Thanks to Feld Entertainment for providing ChiIL Mama with complimentary tickets for our giveaway. As always, all opinions are our own.
Posted by Bonnie Kenaz-Mara at 11:57 AM