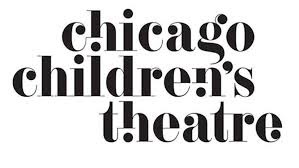 Chicago Children’s Theatre is pleased to announce that the American Theatre Wing, best known as the creator of the Antoinette Perry “Tony” Awards, is awarding the company with one of the 2017 National Theatre Company grants.

Created by American Theatre Wing to recognize and support the most promising emerging theatre companies, the 2017 grants for Initial Support are being presented to nine companies from around the country. Companies chosen to receive the grants have articulated a distinctive mission, cultivated an audience, and nurtured a community of artists in ways that strengthen and demonstrate the quality, diversity, and dynamism of American theatre.

“This recognition from the American Theatre Wing is a tremendous honor,” said Jacqueline Russell, Co-Founder and Artistic Director, Chicago Children’s Theatre. “We are the only theater among this year’s recipients dedicated to serving children and families, so we are particularly proud to be sharing this national spotlight with such wonderful institutions across the U.S., including our friends at Chicago’s Congo Square Theatre.”

In January of this year, following 11 years of itinerancy, Chicago Children’s Theatre opened its new, permanent home, The Station, 100 S. Racine Ave. in Chicago's West Loop. What once was the 12th District Chicago Police Station, is now a vibrant, mixed-use, centrally located performing arts, education and community engagement hub that welcomes all Chicago families. The company’s all-new, critically acclaimed hit musical A Year with Frog and Toad is playing now through October 29 in the Pritzker Family Studio Theatre. For tickets and information, visit chicagochildrenstheatre.org.

More information about the National Theatre Company grants can be found at http://americantheatrewing.org/program/national-theatre-co-grants/.

Since its launch in 2005, Chicago Children’s Theatre has cemented its reputation as the city’s largest professional theater company devoted exclusively to children and young families. The company evolved out of Chicago’s need for high-quality, professional year-round children’s programming to match the quality and significance of theatrical powerhouses such as Steppenwolf Theatre Company, Goodman Theatre and Lookingglass Theatre. Likewise, CCT has always believed children should be treated as the sophisticated audiences that they are, showcasing high profile and award-winning talent, inventive production values and compelling stories that challenge, educate and entertain.

Audiences have embraced Chicago Children’s Theatre since its inaugural production, A Year with Frog and Toad, at the Goodman Theatre in 2006. Since then, CCT’s productions have featured everything from black-light scenery to live music to interactive four-dimensional sets to life-size puppets, with performances showcasing the heart of Motown to Vaudeville to contemporary, current and modern styles.

CCT has also built a national reputation due to its focus on new work, producing 16 world premieres in the last 11 years including The Selfish Giant, The Hundred Dresses, Jackie and Me, Dot and Ziggy, The Houdini Box, The Elephant and The Whale (in association with Redmoon), Mr. Chickee’s Funny Money, Leo Lionni’s Frederick, Wonderland, Alice’s Rock & Roll Adventure, A Snowy Day with Beatrix Potter, Jabari Dreams of Freedom, Another Snowy Day with Beatrix Potter, Manual Cinema’s The Magic City and The Year I Didn’t Go To School: A Homemade Circus. These enjoyed successful inaugural runs in Chicago, many followed by productions at theaters across the U.S.

Newly opened in Chicago Children’s Theatre’s Pritzker Family Studio is an all-new production of A Year with Frog and Toad, hailed by Chicago Parent as “exceptionally enjoyable…a timeless tale” and recommended by the Chicago Tribune as “a lovely hour to add to your life…very well sung, and played…3 stars.” A Year with Frog and Toad runs through October 29. For tickets and information, visit chicagochildrenstheatre.org or call (872) 222-9555.

Chicago Children’s Theatre is led by Co-Founders, Artistic Director Jacqueline Russell and Board Chair Todd Leland, Community Programs Artistic Director Frank Maugeri, and Board President Eric Neveux. The company is supported by a dedicated staff and dynamic Board of Directors comprised of leaders from the fields of entertainment, philanthropy and business. Chicago Children's Theatre is sponsored in part by ComEd, Goldman Sachs Gives and JP Morgan Chase.

About the American Theatre Wing

One hundred years ago, on the eve of America’s entry into World War I, seven suffragettes—all women of the theatre—came together to form The Stage Women’s War Relief. A century later, the spirit and vision behind the founding of American Theatre Wing remains a touchstone for all we do. The Wing continues to champion bravery, with a focus on developing the next generation of brave artists. The Wing advances the future of American Theatre by celebrating excellence and nurturing the next generation: on stage, behind the scenes, and in the audience. We envision an American Theatre that is as vital, multi-faceted, and diverse as the American people.

The Wing’s programs span the nation to invest in the growth and evolution of American Theatre. We provide theatre education opportunities for underserved students through the Andrew Lloyd Webber Initiative, develop the next generation of theatre professionals through the SpringboardNYC and Theatre Intern Network programs, incubate innovative theatre across the country through the National Theatre Company Grants, foster the song of American Theatre through the Jonathan Larson® Grants, honor the best in New York theatrical design with the Henry Hewes Design Award, and illuminate the creative process through the Emmy-nominated “Working in the Theatre” documentary series. In addition to founding the Tony Awards® which are co-presented with The Broadway League, the American Theatre Wing co-presents the Obie Awards®, Off Broadway’s Highest Honor, with The Village Voice.

Visitors to AmericanTheatreWing.org can gain inspiration and insight into the artistic process through the Wing’s extensive media collection, and learn more about its programming for students, aspiring and working professionals, and audiences.