Our family and friends love to play board games.  It's a chance to laugh and make memories together. In these tech heavy times, it's a treat to unplug, disconnect, and reconnect face to face. 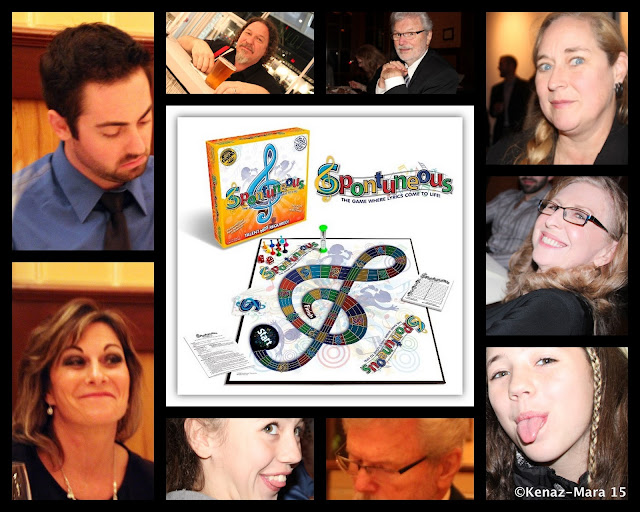 Disclaimer: Thanks to Tryazon, we were given a "party pack" sample of Spontuneous for review purposes and 10 $5 discount coupons for our guests and our readers.

Looking for a fun, multigenerational game to play over the holidays and beyond? Check out Spontuneous. We had a blast playing, and it was fascinating how much difference there was between the lyrical knowledge of every generation.


We did have to modify the rules a bit for the snarky teens who didn't want to sing. We ended up allowing spoken lyrics. And the rules weren't entirely clear about whether players can race to blurt out the lyrics to the same song or if one player has the right to finish until stumped. We also had a few debates about what constituted lyrics. We decided to allow BULBOUS BOUFFANT - The Vestibules (ala Dr. Demento) even though the "lyrics" aren't sung and it's more of a sketch comedy piece. Your family and friends will have to be creative a bit on what you'll allow. 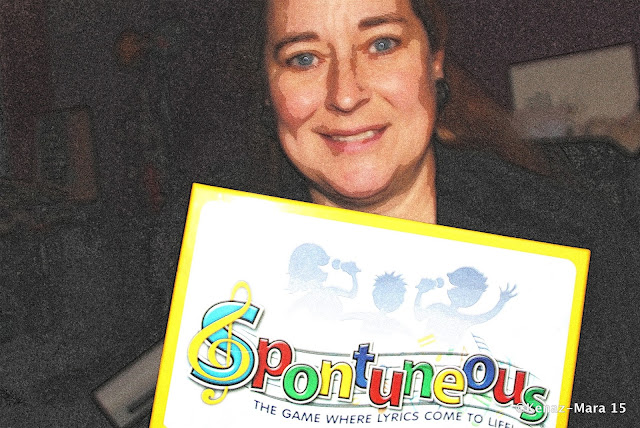 We had all kinds of crazy, challenging lyrics come up, like cornbread, gymnastics, apple, Cadillac and Snapchat!

Still, overall it was easy to learn, fun to play, and great for just about all ages. It's suggested for ages 8+, but younger players could team up or play with a bit of writing help. We like that 4-10 players can all join in and game play is fairly fast paced and averages a half an hour, if you don't have Monopoly marathon type time available. We recommend it.

Spontuneous - Family Board Game is Available ONLY on Amazon. Click HERE to order (affiliate link).

Have you ever heard a word that "triggered" you to sing a song? If so, then YOU are Spontuneous! One player says a word and the race is on for the others to sing a song containing that word. Don't worry though, talent is NOT required!

Spontuneous is America's Hottest New Party Game! If you're looking for a hilarious game to entertain your family and friends, then it's time to throw a Spontuneous Party! It's fun, fast paced, full of laughs and a perfect game to spice up your next get-together! 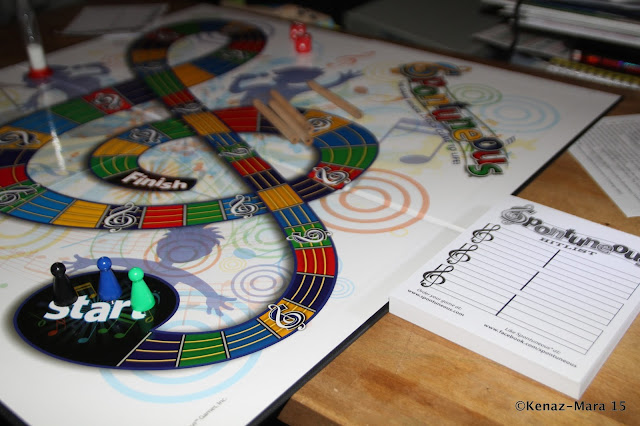 The idea for Spontuneous®, the fun family board game where everyone participates by singing, was first conceived on August 2nd, 2009 by Rob Ridgeway of Billings, MT while hanging out with family. It all started after a spur of the moment singing outburst where everyone quickly agreed that they do the same thing with lyrics. Little did they know that they had just come up with the basis for what would become Spontuneous. 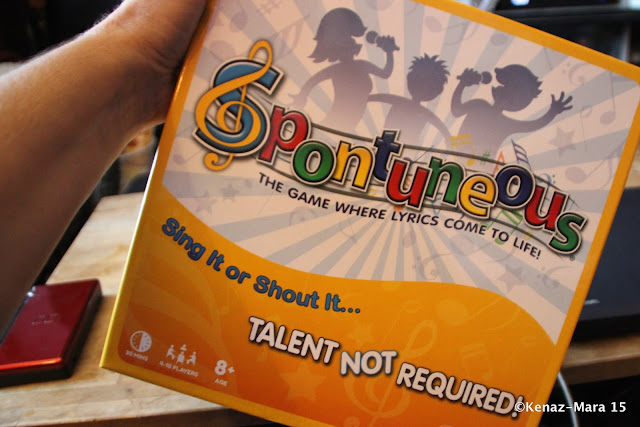 After months of trials and testing the concept out with friends, owner Rob Ridgeway, finally decided to make the game into reality. After much research and a lot of hard work the first prototype was finished just before Christmas 2009. With help from a lot of different people along the way, Spontuneous finally burst onto the scene in 2010 where it was featured at the Toy Fair in New York City. After a few revisions, the Spontuneous that you play today was finally mastered.

After winning the Game of the Year award from Creative Child Magazine, it is safe to say that Spontuneous has arrived and is here to stay! 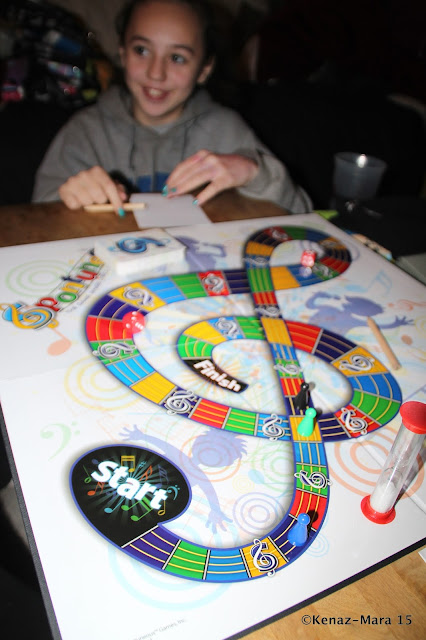 If you're a person who often bursts into a song upon hearing a word or phrase, you are going to love Spontuneous! This hilarious and interactive family party board game is a great gift for all music lovers of all ages. Spontuneous will have your whole group laughing as you compete against each other to quickly sing songs using trigger-words. Not only is it fun, but is good for your brain as it helps memory recall and word association skills. With several awards and a 4.5 out of 5 star ranking on Amazon, it's sure to become a favorite in many homes this season. 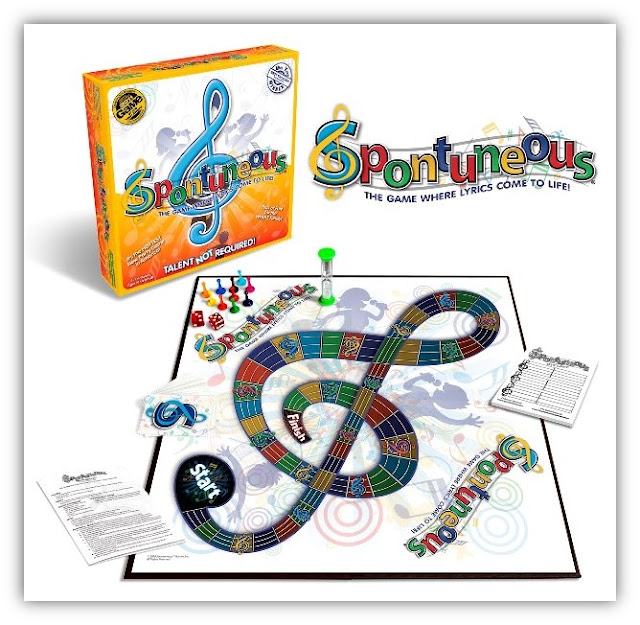 Disclaimer: Thanks to Tryazon, we were given a "party pack" sample of Spontuneous for review purposes and 10 $5 discount coupons for our guests and our readers.