Calling All Chicago Circus Superhumans! Audition For The Greatest Show On Earth® 11/20 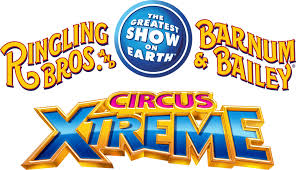 The Greatest Show On Earth® is on the lookout for extreme talent, and has its sights set on Chicago. In town throughout the month of November with its newest spectacular, Ringling Bros. and Barnum & Bailey Presents Circus XTREME, Ringling Bros. will hold open auditions, 2:30 to 4:30 p.m., Friday, Nov. 20, at Chicago’s United Center. Auditioners are encouraged to take it to the max with the biggest of their best, from freestyle running/parkour and BMX trick-riding, to extreme gymnastics, stunt skateboarding, contortion, breakdancing, fire-breathing, even bowling ball juggling. More traditional circus skills are also welcome.

Auditioners should come prepared with two to three minutes of family-friendly material and bring their own props. Advance registration and submission of music tracks is requested. For additional information or to reserve an audition slot, call 877-777-0818. Must be 18 years of age or older, and available to travel. 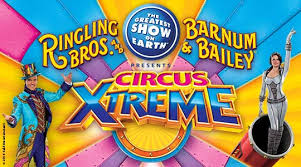 Ringling Bros. and Barnum & Bailey has been entertaining Children of All Ages® for 145 years, creating indelible memories with unparalleled live family entertainment experiences that capture the imagination and lift the human spirit. While remaining true to its legacy as America’s Living National TreasureTM, Ringling Bros. is continually re-inventing itself to appeal to increasingly-sophisticated audiences. Talent scouts scour the globe in search of the unprecedented and extraordinary: Shaolin Warriors from China, trick-riding Cossacks from Kazakhstan, trapeze titans from Mexico and, more than once in recent decades, talented standouts from right here in Chicago. In the early ’90s, a high-flying troupe of acrobats called the Chicago Kids, many of whom were former Jesse White Tumblers, headlined with Ringling Bros. and Barnum & Bailey. In this year’s Circus XTREME, three of the seven members of the record-setting BMX stunt troupe come from Chicago suburbs.

Ringling Bros. and Barnum & Bailey is produced by Feld Entertainment, the worldwide leader in live touring family entertainment, with 30 million people in attendance at its shows each year. Feld Entertainment's productions have appeared in more than 75 countries and on six continents to date and, in addition to Ringling Bros., include Monster Jam®, Monster Energy Supercross, Nuclear Cowboyz®, AMSOIL Arenacross, Disney On Ice Presented by Stonyfield YoKids Organic Yogurt, Disney Live! Presented by Stonyfield YoKids Organic Yogurt and Marvel Universe LIVE! More information about Feld Entertainment is available online at FeldEntertinment.com.
Posted by Bonnie Kenaz-Mara at 8:01 PM

Email ThisBlogThis!Share to TwitterShare to FacebookShare to Pinterest
Labels: auditions, Ringling Bros. and Barnum & Bailey, The Greatest Show On Earth