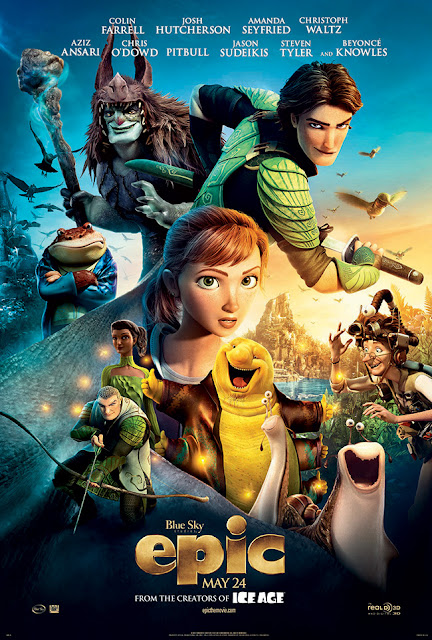 “Epic” is a 3D CG adventure/comedy that reveals a fantastical world unlike any other. From the creators of “Ice Age” and “Rio,” “Epic” tells the story of an ongoing battle between the forces of good (who keep the natural world alive) and the forces of evil (who wish to destroy it).
When a teenage girl finds herself magically transported into this secret universe, she teams up with an elite band of warriors and a crew of comical, larger-than-life figures to save their world… and ours.