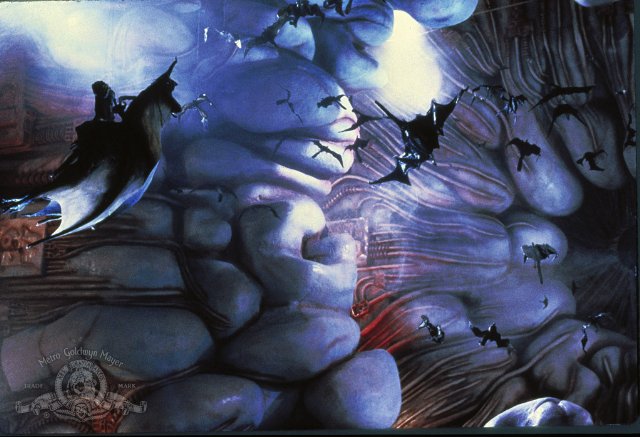 Can you name those famous 70MM scenes?! 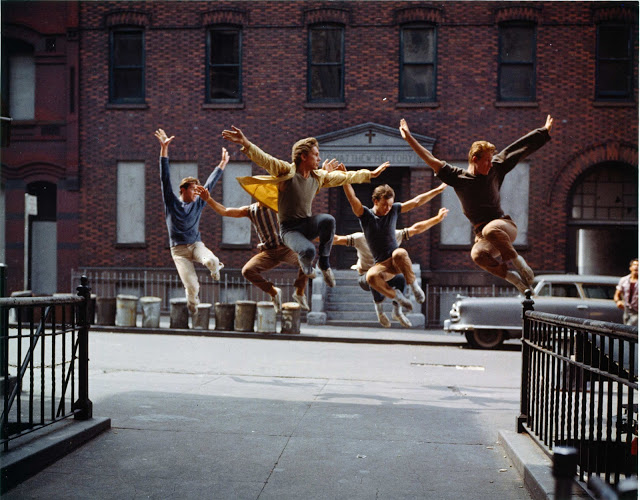 February Films on our Radar

“Music Box Theatre is committed to film presentation in any and all formats available and is one of the very few cinemas in the United States – and the only one in Chicago—still able to screen 70mm,” said Music Box Theatre General Manager Dave Jennings. “It is with this capability that we proudly present these nine films as examples of 70mm film to Chicago in this very special series.  All of these films will be presented the way their makers intended: on the big screen, in a theater, on film and in 70mm.”
Tickets to individual movies in the Music Box Theatre 70MM Festival are $9.25 per screening. A festival pass, $70, entitles the holder to one admission to every screening – including seeing the same film more than once. To purchase, visit www.musicboxtheatre.com/collections/music-box-theatre-70mm-festival  or the Music Box Theatre Box Office, 3733 N. Southport Ave.

About the 70MM film format
Almost since the advent of cinema there have been variations of 70mm film used to capture visual clarity unequalled in 35mm filming. 70mm films became popular in the 1940s through the 1980s. Due to the cost of 70mm film, few films were ever shot in this large format, and following their initial release many of them were also released in 35mm to facilitate wide release. Other films were shot in 35mm and “blown up.” When DTS sound and Dolby Surround were introduced to cinemas, 70mm (and auditoriums devoted to 70mm) all but disappeared. The Result: few people have had the chance to see true 70mm presentation.

Contrary to popular belief, 70mm is not a larger image; it is a format that allows for more information and more visual clarity than its 35mm counterpart. There is a depth to the image that is unlike 35mm, and certainly very different from digital projection. Over the past several years the film industry has moved away from film in favour of digital projection. Film, in any format, is expensive to use for production and replication. For the first time since the advent of sound, cinemas have had to make a major change in their projection capabilities making the number of auditoriums outfitted for 35mm or 70mm film projection very few. The Music Box Theatre is committed to film presentation in any and all formats available and is one of the very few cinemas in the United States able to screen 16mm, 35mm, 70mm and almost all digital formats.

Music Box Theatre 70MM Festival Films
2001: A Space Odyssey (1968) To begin his voyage into the future, Kubrick visits our prehistoric ape-ancestry past, then leaps millennia (via one of the most mind-blowing jump cuts ever conceived) into colonized space, and ultimately whisks astronaut Bowman (Keir Dullea) into uncharted realms of space, perhaps even into immortality. “Open the pod bay doors, HAL.” Let the awe and mystery of a journey unlike any other begin. Shows Friday, Feb. 15, 9:00pm; Saturday, Feb. 16, 9:00pm; Sunday, Feb. 17, 8:00pm; and Thursday, Feb. 21, 7:30pm

This is one of our favs...especially on the big screen.   We announced the impending birth of our first kid in 2001 with the iconic movie poster and the tag line 2001:  A Baby Odyssey.   The ultimate trip indeed! 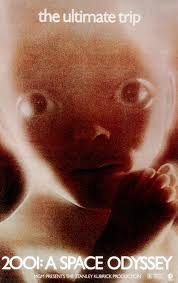 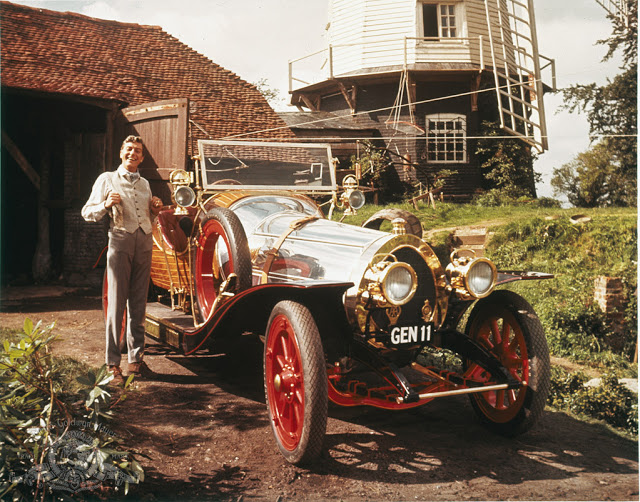 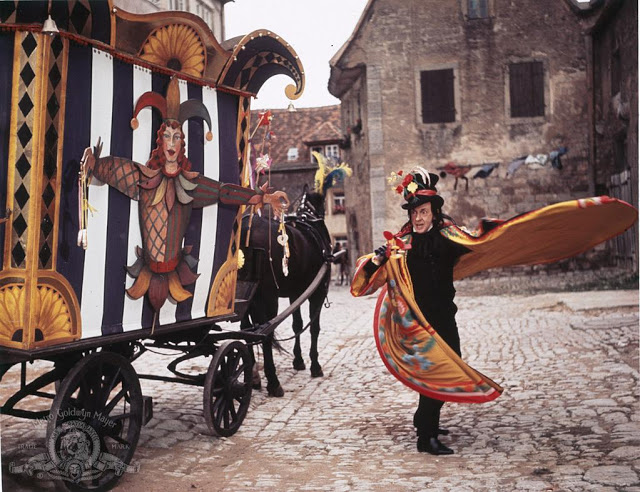 Hamlet (1996). Veteran Shakespearean actor Kenneth Branagh delivers a brooding performance as the Danish prince driven to madness by his father’s death in this four-hour production of one of the Bard’s finest plays, featuring cameos by several stars. Tormented by his father’s ghost and enraged by his mother’s plans to wed his uncle, Hamlet concocts a revenge plot that leaves the stage dripping with blood. Look for Billy Crystal, Robin Williams and Kate Winslet. Shows Sunday, Feb. 24, 2:00pm; and Tuesday, Feb. 26, 7:30pm

Lifeforce (1985). American and British astronauts (Steve Railsback, Mathilda May and Peter Firth) on a joint mission exploring an alien spacecraft discover that the vessel contains several seemingly human bodies. But after they’re brought back to Earth, they come alive and start turning Londoners into zombies in this sci-fi thriller from director Tobe Hooper. Shows Wednesday, Feb. 20, 7:30pm; and Sunday, Feb. 24, 9:40pm

Lord Jim (1965). Writer Joseph Conrad’s stirring maritime novel charts the emotional course of British seaman Jim (Peter O’Toole), a thrillseeker aboard a merchant vessel who longs for adventure. He finds that in spades when the ship is caught in an all-consuming storm. But he also discovers that he has no courage to spare, and he soon abandons ship — an act that drives him to redeem himself in a dangerous Southeast Asian jungle. Shows Saturday, Feb. 16, 5:30pm; and Monday, Feb. 18, 7:30pm

Playtime (1967). Technology-minded visual comedy directed by and starring Jacques Tati. Monsieur Hulot (Tati) has to contact an American official in Paris, but he gets lost in the maze of modern architecture which is filled with the latest technical gadgets. Shows Friday, Feb. 22, 6:30pm; Saturday, Feb. 23, 5:30pm; and Thursday, Feb. 28, 7:30pm 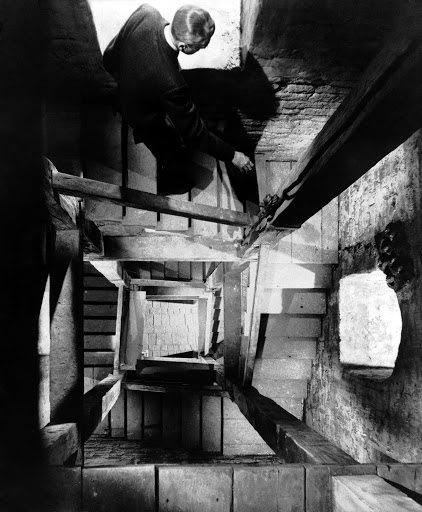 West Side Story (1961). Natalie Wood and Russ Tamblyn star in Leonard Bernstein/Stephen Sondheim’s musical retelling of Romeo and Juliet set among rival NYC gangs. The sets were built six feet off the ground to allow for low-angle shooting with the large 70mm cameras. This became the winningest musical of all time when it earned 10 Oscars, including Best Picture. Shows Saturday, Feb. 23, 2:00pm; Sunday, Feb. 24, 6:45pm; and Wednesday, Feb. 27, 7:30pm.

About the Music Box Theatre: For nearly 30 years the Music Box Theatre has been the premier venue in Chicago for independent and foreign films, festivals and some of the greatest cinematic events in Chicago. It currently has the largest cinema space operated full time in the city. The Music Box Theatre is independently owned and operated by the Southport Music Box Corporation. SMBC, through its Music Box Films division, also distributes foreign and independent films in the theatrical, DVD and television markets throughout the United States. For additional information please visit www.musicboxtheatre.com.
Posted by Bonnie Kenaz-Mara at 4:37 PM