Play Locally-Events Round Up Friday Through Sunday 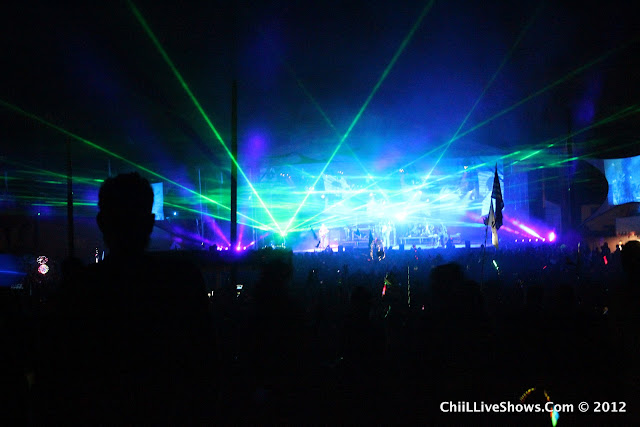 My kids are still in school mode till the middle of next week, so we're wrapping up final projects, photographing the end of the year picnic, school film fest--90 Second Newbery Fest,  moving up to 4th grade luncheon, and making final teacher thank you cards & gifts.

But weather wise.....it's summertime and the livin' is easy.....unless you live in Chicago and there are too many great happenings to choose from!!    Here are a few of ChiIL Mama's favs for this week:

The 29th Annual Chicago Blues Festival , the world’s largest FREE blues fest, will be held in Grant Park on June 8-10 (Fri-Sun).  The Fest’s theme will be “A Celebration of Blues Past and Present” and will feature tributes to blues legends we have lost last year, including Pinetop Perkins, David “Honeyboy” Edwards, Hubert Sumlin, Willie “Big Eyes” Smith and Mojo Buford. There will also be a number of city sponsored blues music events outside of Grant Park before and during the festival.

Midsommarfest in Andersonville
This fam friendly, multicultural (check out Swedish traditional maypole dances), music and art filled bash is one of our favorites we've been frequenting for years.   Check it out.
Midsommarfest is Andersonville's annual summer street festival, now entering its 47th year. Each year, nearly 50,000 people throng Clark Street from Foster to Catalpa for two days of music, dancing, kids' entertainment, and delicious food. Vendors from around the region sell their wares to passers-by, while ethnic dance troupes and cutting-edge bands keep the party going.

We are very excited to announce that this year’s 47th annual Midsommarfest street festival will kick off on Friday evening, June 8th with a special performance by 16 Candles! This opening night celebration will take place on Clark Street between Balmoral and Catalpa Avenues beginning at 5:00 pm, and will also feature food from some of your favorite local restaurants and of course cold beer and sangria.

Printer's Row Lit Fest
Book geek fun for the whole family.   We love this fest and try to swing by every year.    Loads of author book signings, a fun kids area, music and more....

We've been promoting this one, but today's the day.   Click the link above for full show details, March Fourth video and more.   Come early to see Chi-Town favs Jonas Friddle at 9:30.   Can't wait to shoot tonight.   March Fourth goes on around 11pm.

Rock of Ages Opening
This week we had the great pleasure of checkin' out opening night of Broadway in Chicago's Rock of Ages in the intimate Broadway Playhouse space at Watertower Place.   The kids adored it!   Best swag.....lighter shaped flashlights for audience participation on the arena rock ballads without the burnt fingers!   Check out our prior coverage here. We'll have a new review up in the very near future.


Just Opened:   We're also hoping to duck by Lookingglass to review Eastland (playing through 7/29) and Steppenwolf in the very near future.

Exit, Pursued by a Bear - Theatre Seven of Chicago

*Next Up: The Glass Menagerie - Steppenwolf Garage Theatre

*Next Up: Life and Limb - Steppenwolf Garage Theatre

*Next Up: South of Settling - Steppenwolf Garage Theatre

*Timon of Athens - Chicago Shakespeare Theater-highly recommended!   The acting is phenomenal and cuts to the quick.   Timon of Athens is a searing, soul and body baring look at what is truly important, how money changes things, and how to truly see who your friends are.   The sets are astounding--transforming from sleek and minimalist to a breathtakingly realistic seascape.   This is a must see!    Closing 6/10.


The Whole World Is Watching - Dog and Pony Theatre Company

*Thanks to Gaper's Block for the film heads up.    How can ya beat Talking Heads, Hideout, Bikes and Movies.....all in the same place?!   Where's that like button?

Chic-A-Go-Go 800th Taping:
Wanna BE the show instead of just SEE the show?   We adore Chic-A-Go-Go.

CHIC-A-GO-GO #800 TAPING JUNE 9th Noon-3pm
NEXT STUDIO TAPING SATURDAY JUNE 9 NOON-3PM
WE ARE TAPING OUR 800th EPISODE!!! Can you believe it! We have super special guests, the return of the Fantasy Dance, and some genuinely special AWESOME surprises (that will shock and amaze you)!

The taping takes place at the Chicago Access Network Studios, located at 322 S. Green St. (one block west of Halsted, half block north of Van Buren).
There is free and metered street parking and some low cost lots in the neighborhood, but we are also very accessible by public transportation, as the Halsted bus stops near us and the Blue Line’s UIC-Halsted stop is only a block and half from the studio.

Dress casual or wear a costume, it's up to you! No invitations or reservations needed, everyone is welcome, bring your friends! Bring kids! Bring your friends’ kids!
Posted by Bonnie Kenaz-Mara at 4:34 PM