REALM OF THE NUTCRACKER KING; 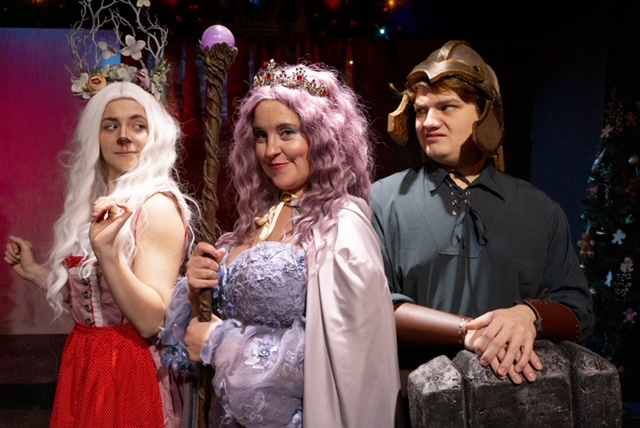 REVIEW:
By Bonnie Kenaz-Mara
Last night my son and I journeyed to the enchanted Realm of the Nutcracker King twenty years after Clara's infamous visit, recounted ad nauseam every holiday season. This is not your typical Nutcracker. In Otherworld's original, there is political upheaval, treachery, deceit, audience participation, a group dance, tasty treats, and plenty of laughs. And rats. There are still rats. 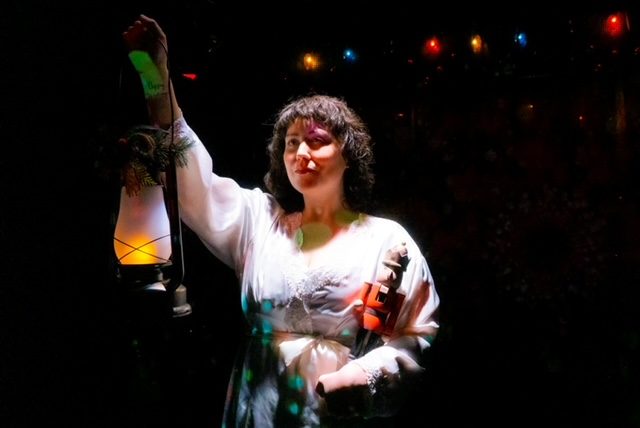 You'll meet the Nutcracker Prince, ageless in the magic realm, and Clara, though 20 years older, wiser, and now working as a nutcracker maker in her home shop. The Sugarplum Fairy also plays a major part in this plot, but she's not quite as sweet as she used to be. You'll also meet quite a few new characters including a couple adorable and energetic puppets. 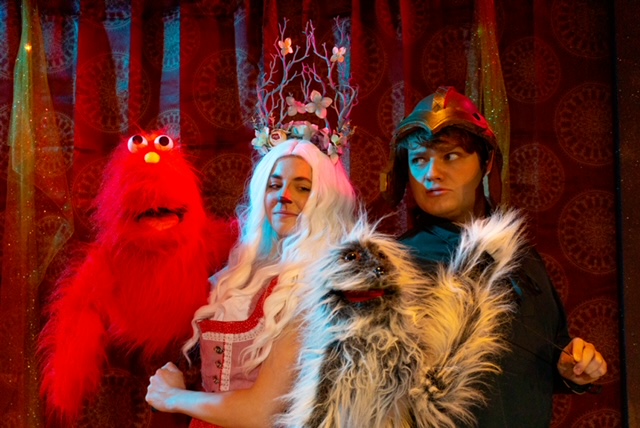 Our group was a mix of tweens through adults and all were captivated throughout the adventure. On the plus side, the costumes were fun, and this version stands out as unique in a market oversaturated with the original plot line. The audience was given holiday hats to keep and little lanterns to borrow, and the ticket price included light snacks and a drink, which was great. The improv elements were also enjoyable and professional. Unfortunately, this production was not one of our favorites compared with several excellent past originals we've reviewed at Otherworld.
Despite the name, REALM OF THE NUTCRACKER KING; An Immersive Holiday Fairytale, this production was less participatory than most Otherworld shows. This one only takes place in the main theatre space rather than traveling from room to room, and there were no clues, puzzles, or mysteries to work out or collective audience actions aside from one group dance and an ask for a few jokes.
In most immersive theatre the audience is a key part of the plot and action, but in this show the audience spent most of the time watching the characters so actions that could have been delegated. A simple switch to the audience finding the key parts, holding them, and assembling the finished key would have helped fix that flaw. There were also missed opportunities, like lighting the rat appearance off stage at the start of the show, and making it more of a scene.
There were also some puppetry issues. One puppeteer was excellent, but the other starred blankly into space while talking for their puppet, instead of giving focus where it should have been, squarely on the puppet. REALM OF THE NUTCRACKER KING; An Immersive Holiday Fairytale is somewhat recommended.
That said, we adore Otherworld's unique space and generally love their original shows. You'll find more of a collision of pop culture favorites lining the walls and on stage here than just about anywhere outside of major Comic Cons.
We'll be back out to review Otherworld's Star Trek serial parody, Starship Edsel late night show tonight, which we're quite excited about, and my son will be reviewing Tales From The Wandering Wyvern Inn January 22nd for ChiILLiveShows.com.
Check out more about Otherworld's upcoming shows HERE.
Bonnie is a Chicago based writer, theatre critic, photographer, videographer, actress, artist and Mama. She owns two websites where she publishes frequently: ChiILLiveShows.com (adult) & ChiILMama.com (family friendly). 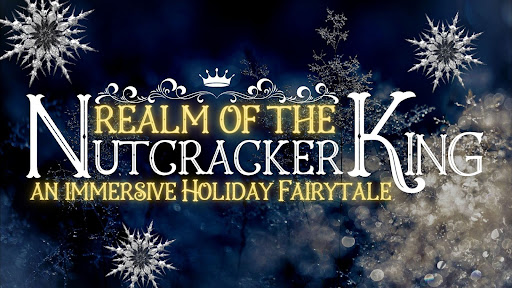 Based on the Christmas fairy tale by Ernst Theodor Amadeus Hoffman, you are the Nutcracker King’s esteemed guest and invited to sample from the Realm’s finest delights with a variety of beverages and delectable treats. However, be on the lookout for the Rat King! Who knows what nefarious plot they may be planning. Filled with character actors, puppetry, and dancing, REALM OF THE NUTCRACKER KING; An Immersive Holiday Fairytale runs December 16, 2022 - January 8, 2023 at Otherworld Theatre (3914 N. Clark St.).
Come along a 90-minute journey and step into the enchanted Realm of the Nutcracker King. This theatrical adventure is brought to life by the imagineering team behind Otherworld Theatre, the premier Science Fiction and Fantasy venue based in Chicago.
You're invited as the Nutcracker King's esteemed guest, a specially selected mortal whose imagination is big enough to dream the imaginative world of the sugar plum fairies. You'll be invited to sample from the Realm's finest delights in a variety of beverages and delectable treats.
Join us for a theatrical, immersive experience that will take you into a world of holiday magic!
ACROSS 90s MINUTES YOU WILL
• Enjoy a themed beverage, cocktails and mocktails abound!
• Participate in immersive storytelling, character actors, puppetry and dancing
• Undermine the sinister plot of The Rat King
• Capture photos with the actors and immersive environment
Showtimes available: Fridays at 7 and 9 p.m., Saturdays at 3, 5:30, and 8 p.m., and Sundays at 2 and 4:30 p.m. 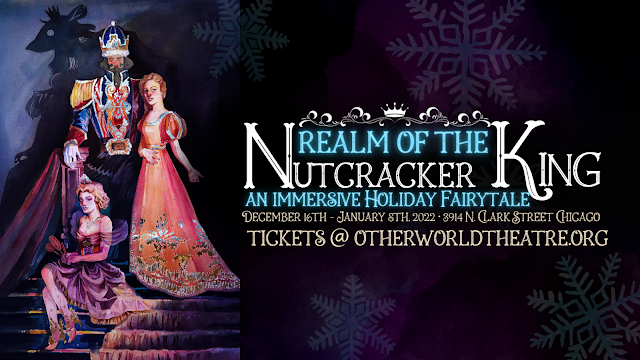 Posted by Bonnie Kenaz-Mara at 4:22 PM