PEGASUS THEATRE CHICAGO ANNOUNCES THE THREE PLAYWRIGHTS IN THE 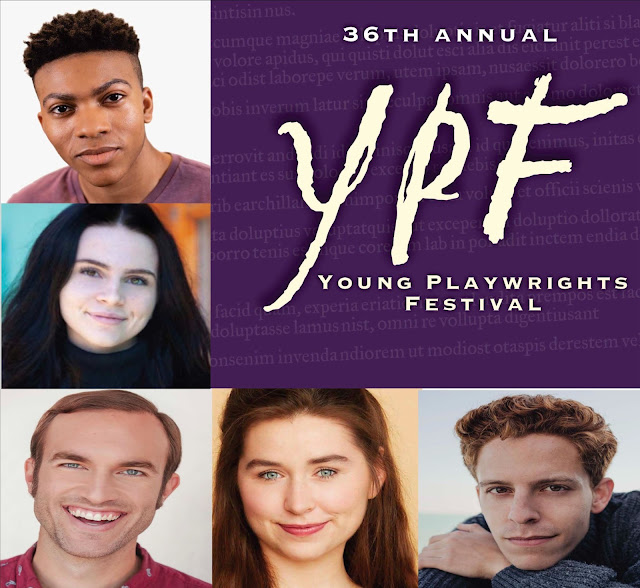 Written by High School Students and Given a Professional Production, this Year’s Plays Share Teen’s Views on Technology, Isolation and the Future.

Something old... something new. The Young Playwrights Festival is the oldest such festival in the United States and this competition typically receives more than 300 submissions annually! Three new winning works by Chicago teens have been chosen to be work-shopped and staged by industry professionals, and it was my great pleasure to catch them on opening night.

These excellently written one acts all deal with isolation, dystopia, and technology gone awry. As we slog on in the 4th year of pandemic induced pivots, these themes hit a universal chord. Each piece is creative and unique, with well developed characters and plots, all interlocking to provide an insightful and entertaining production. These young authors are wise beyond their years and it's a treat to see their scripts spring to life on stage, in the hands of professional actors.

My son participated in this excellent program during his high school years at Lane Tech, and had his play workshopped in class in 2019. And a close friend of mine's daughter made it to the finals and had her play produced years ago. What an incredible opportunity for Chicago's high school writers and theatre lovers!

The festival has gotten more competitive in the passing years, with a deep talent pool, and increasing numbers of submissions. Come support the future and check out some excellent new talent.

The performance schedule is Fridays at 7:30 p.m. and Saturdays at 3 and 7:30 p.m. Tickets are $15 - $30. Tickets and more information are available at PegasusTheatreChicago.org and by phone at 773.878.8864. Educators may schedule school group matinees via ypf@pegasustheatrechicago.org.

The Young Playwrights Festival, the oldest such festival in the United States, has for 36 years, engaged and inspired high school students across Chicago by teaching them to craft one-act plays, under the auspices of Pegasus Theatre Chicago.

Victor, an isolated teen, is desperate to escape his own loneliness. He thinks he’s found a friend in Millie, the ghost of a 19th-century girl, but when someone new wanders into his life, he begins to question Millie’s motives and his own sanity.

It is 2086 in a suburb near the city of Chicago. Leonard does not trust technology, but decides to begin using an Artificial Intelligence app developed by his good friend Jeffrey. He soon realizes technology is increasingly taking over his life.

Another Star in the Sky by Jonathan Soco

Directed by Jason A. Fleece

Elise and Marcus are the last two scientists on the command center of a space station orbiting the earth. An alien invasion has destroyed Earth and is heading to the space station. Will the scientists succeed in warding off the aliens?

ILesa Duncan is the executive/producing director at Pegasus Theatre Chicago and the artistic director at Lifeline Theatre. She recently directed and co-adapted the spring 2022 production of Middle Passage from the National Book Award-winning novel at Lifeline Theatre. She directed for Pegasus Jeff-Nominated productions of Eclipsed, including its remount at Theatre on the Lake in the summer 2019, Shakin the Mess Outta Misery (BTAA-award, Ensemble) and the world premiere of Rutherford’s Travels.  Other recent credits include Neverwhere, The Nativity with Congo Square and the Jeff Award-winning Jar the Floor at ETA Creative Arts. Duncan has also worked with The Goodman, Writers Theatre, Victory Gardens Theater, Rivendell Theatre Ensemble, Stage Left and Chicago Dramatists, as well as Contemporary American Theatre Company (Ohio). The Alliance Theatre  (Atlanta), Arena Stage (Washington DC) and Lincoln Center Theater (New York). Duncan’s creative nonfiction short stories have been published (Columbia College Chicago) and she’s written poems and screenplays.  For the stage, in addition to Middle Passage, Duncan co-wrote and directed Blakk Love: Storeez of A Darker Hue and the devised project Do You See What I’m Saying for Chameleon.

JASON A. FLEECE, DIRECTOR, Another Star in the Sky

Jason A. Fleece is a freelance director, dialect coach, dramaturg and educator living in the Chicagoland area. Fleece returns to the Young Playwrights Festival, having directed plays in several Festivals. Some other favorite directing credits include The Body of an American (Stage Left Theatre), Ordinary Days (BoHo Theatre) and Bloody Bloody Andrew Jackson (Oakton Performing Arts Center). Fleece was formerly co-artistic director at Stage Left Theatre, one of the oldest ensemble storefront theatres in Chicago. Fleece holds an M.F.A. in Directing from the Theatre School at DePaul University.

Enrico Spada is a freelance director and teaching artist. Recent credits include: Much Ado About Nothing at Arkansas Shakespeare Theatre; The Light in the Piazza, The Illusion, All's Well That Ends Well and Kimberly Akimbo at Illinois State University; and Sleeping Beauty at Illinois Shakespeare Festival.As founder and artistic director of Pittsfield Shakespeare in the Park, a free outdoor festival in Western Massachusetts, Spada has directed Twelfth Night, The Tempest, A Midsummer Night’s Dream and Romeo and Juliet. As a teaching artist, he has directed in the National High School Institute Theatre Program ("Cherubs"), as well as in Shakespeare & Company’s Fall Festival of Shakespeare and other K-12 residencies.  He received his MFA candidate from the professional directing program at Illinois State University/Illinois Shakespeare Festival and holds a Bachelor's Degree in Acting and Theatre Education from Emerson College in Boston, MA. 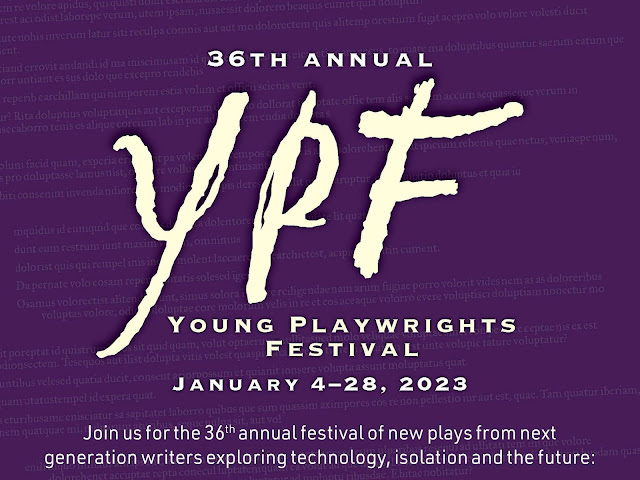 Pegasus Theatre Chicago has been a mainstay in the Chicago theater community for more than four decades. Its mission is to champion new, authentic voices and produce boldly imaginative theatre primarily by and about black or other people of color. The company promotes cultural equity while celebrating diversity, inclusion and first voice and is committed to initiating important conversations through the arts with strong community engagement and socially relevant programming, including the Young Playwrights Festival for high school-age scribes, which celebrates its 36th year this season. Pegasus Theatre Chicago has received 77 Joseph Jefferson Awards since its inception.

Posted by Bonnie Kenaz-Mara at 5:06 PM