World Premiere of THE LOCUSTS Via The Gift Theatre October 20 – November 19, 2022 at Theater Wit

Adult Night Out: ChiIL Live Shows On Our Radar

Presents the World Premiere of

The Gift Theatre is pleased to conclude its 2022 season with the world premiere of Jennifer Rumberger’s chilling thriller The Locusts, commissioned and developed by The Gift and directed by Ensemble Member John Gawlik*. The Locusts will play October 20 – November 19, 2022 at Theater Wit, 1229 W. Belmont Ave. in Chicago. Tickets are currently available at www.thegifttheatre.org, by calling (773) 975-8150 or in person at the Theater Wit Box Office. I'll be out for the press opening, October 24th, so check back shortly for my full review.

With a serial killer on the loose in Ella’s small hometown of Vero Beach, Florida, she’s called up from her busy career in the Miami police force to help apprehend him. At home, she’s confronted with the life she left behind: her pregnant and struggling sister, her scared young niece, who like Ella, is desperate to find a life somewhere else, and the dark events of her childhood that she’s tried to forget. As the murders grow more horrific and the small community is frozen by fear, Ella realizes she has to confront the events of her dark past in order to stop him.

Playwright Jennifer Rumberger comments, “A few years ago, Mike Thornton approached me about writing a play for the ensemble members of the Gift, and sent me an article about the 200th anniversary of the publication of Frankenstein as a potential starting point. Mary Shelley was such a young girl dealing with a massive amount of trauma in her life by writing this classic horror story. At the same time, I was working on a serial-killer play, staying up late reading true crime novels and getting so furious about how these deranged men were deciding the path of women’s lives, when my partner remarked that perhaps they were both the same play. Over time, The Locusts ended up being a play that asks how women of different generations deal with the threat of male violence — a threat that looms in some way over all of the characters in the play, as well as over our current world and the legislation we see happening in America before our eyes.”

Join The Gift on Sunday, November 6, 2022* for the Come Closer conversation series, which provides an intimate look at the artistic process behind the production, and the important topics this story addresses. Explore The Locusts with the cast, crew and special guests following the matinée.

*The Come Closer series is exclusive to guests attending the performance on Sunday, November 6 and subscribers.

Jennifer Rumberger (Playwright) is a Chicago playwright and essayist. Recent productions include Night in Alachua County with Wildclaw Theatre, Open Blue Sky at Stella Adler/Tisch School of the Arts and The Bride with the Living Room Playmakers and Chicago Fringe Festival. Her play, A Little Ghost Story, was a second time selection for the 2019 Seven Devils Playwrights Conference; her play Night in Alachua County was also developed there in 2014. Night in Alachua County was recommended for consideration for the 2018 Steinberg/ATCA New Play Award. Jennifer was a nominee for the PoNY Fellowship and a semi-finalist for the P73 Fellowship. Jennifer’s work has also been developed or presented in New York, Houston, Chicago and Florida by The Lark Playwrights Center, id Theatre Company, The Gift Theatre Company, Black Box Acting Studio, The Living Room Playmakers, Commission Theatre Company, Wordsmyth Theatre Company, Mildred's Umbrella Theatre Company, White Rose Miami and Northwestern University. She performs at live storytelling events in Chicago with You’re Being Ridiculous and GiftLIT. She is a founding member and associate playwright with the Living Room Playmakers. MFA: Northwestern.

John Gawlik (Director) has appeared with or helmed productions for many Chicagoland companies. Recent projects include directing Doubt and the world premiere of The Royal Society of Antarctica at The Gift Theatre. Favorite acting credits include: Bill Sykes in Oliver at Drury Lane, Blizzard ‘67 with Chicago Dramatists, The Lonesome West and Beauty Queen of Lennane with The Gift Theatre, A Skull in Connemara at Northlight (After Dark Award, Ensemble) and The Great Society with Famous Door. Additional directing credits include When the Rain Stops Falling at Circle Theater (Jeff Award for Director and Production), The Ruby Sunrise (Top Ten shows of 2009: TimeOut Chicago), the Jeff Award-nominated production of W;t and the Jeff Award-winning The Good Thief for The Gift Theatre. John is an ensemble member of The Gift Theatre. Television and film credits include: Chicago Fire, Chicago PD, The Chi, The Last Shift and The Trial of the Chicago Seven. 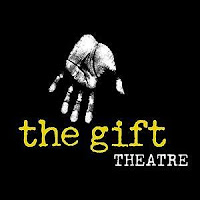 About The Gift Theatre

Since 2001 and over 70 productions, The Gift Theatre has been dedicated to telling great stories onstage with honesty and simplicity by being the most intimate professional Equity theatre in the country, leading to national acclaim for both the theatre and ensemble and creating a cultural revolution on Chicago’s northwest side.