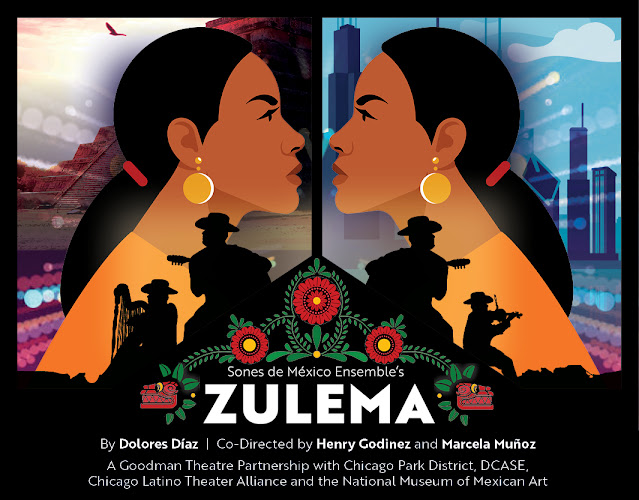 Exhilarating regional music and dance from the Grammy-nominated Sones de México Ensemble make a joyous event for the whole family.

On a spectacular musical journey of many thousands of miles—from her Chiapas home in Mexico to Chicago—young Zulema zig-zags through the culturally diverse landscapes of her homeland and our fair city along the way.
GRAMMY-NOMINATED SONES DE MÉXICO ENSEMBLE'S ZULEMA SET TO APPEAR IN 10 CHICAGO PARKS IN A THREE-WEEK ENGAGEMENT—AUGUST 5-21—WITH A FINALE PERFORMANCE ON SEPTEMBER 2
**AWARD-WINNING COMPOSER VICTOR PICHARDO MUSIC DIRECTS THE FAMILY-FRIENDLY PREMIERE, WRITTEN BY DOLORES DÍAZ AND CO-DIRECTED BY HENRY GODINEZ AND MARCELA MUÑOZ**
***A COLLABORATION OF GOODMAN THEATRE IN PARTNERSHIP WITH CHICAGO PARK DISTRICT'S NIGHT OUT IN THE PARKS; CHICAGO DEPARTMENT OF CULTURAL AFFAIRS AND SPECIAL EVENTS (DCASE); THE CHICAGO LATINO THEATER ALLIANCE (CLATA); AND THE NATIONAL MUSEUM OF MEXICAN ART***