OPENING: Agatha Christie’s mystery thriller And Then There Were None at Drury Lane Theatre Through September 1, 2019

Agatha Christie’s mystery thriller
And Then There Were None
Directed by Jessica Fisch
July 12 – September 1, 2019

And Then There Were None is rated PG-13.

My son and I will be dressin' snazzy and havin' a swell time at Drury Lane's opening night for 1930's era Agatha Christie’s And Then There Were None, Thursday, July 25th, reviewing for ChiILMama.com & ChiILLiveShows.com. Can't wait!

As the ten guests of the mysterious U. N. Owen start dying one by one, no one knows who to trust. Alliances are made and broken, and with no way off the uninhabited island, safety is a dangerous illusion. Based on the best-selling novel by murder mystery master Agatha Christie, And Then There Were None elicits tension, fear, and the macabre to weave a tale that captivates audiences until the final curtain. 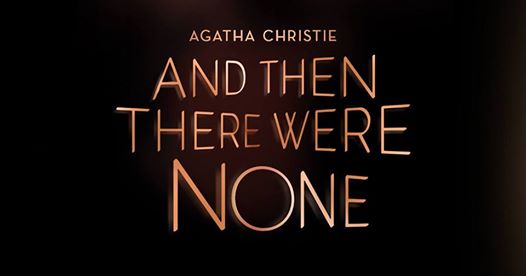 The 2019/2020 season includes two award-winning Regional Theatre premieres – the imaginative Roald Dahl’s Matilda the Musical (April 26 – June 23, 2019), based on the beloved novel, and the beautifully captivating Gershwin musical An American in Paris (January 31 – March 29, 2020). The thrilling season also includes Agatha Christie’s edge-of-your-seat murder mystery And Then There Were None (July 12 – September 1, 2019); the revival of the exhilarating The Color Purple (September 13 – November 3, 2019), based on the Pulitzer Prize-winning novel; and the magical musical for all ages Mary Poppins (November 15 – January 19, 2020).

About Drury Lane Theatre
Under the leadership of President Kyle DeSantis, Drury Lane Theatre is a major force in the Chicagoland theatre scene, presenting world-class productions in collaboration with some of the nation’s leading actors, artists, writers, and directors. Drury Lane has staged more than 2,000 productions and has been nominated for more than 360 Joseph Jefferson Awards. Drury Lane is committed to breathing new life into beloved classics and introducing audiences to exciting new works.

Posted by Bonnie Kenaz-Mara at 3:14 PM

Email ThisBlogThis!Share to TwitterShare to FacebookShare to Pinterest
Labels: Agatha Christie, And Then There Were None, Drury Lane Theatre, Jessica Fisch, opening, Theatre Chicago