Steppenwolf for Young Adults (SYA) To Produce We Are Proud to Present a Presentation About the Herero of Namibia, Formerly Known as South West Africa, From the German Südwestafrika, Between the Years 1884-1915

Steppenwolf for Young Adults to Present the Acclaimed Play

We Are Proud to Present a Presentation
About the Herero of Namibia, Formerly Known as
South West Africa, From the German Südwestafrika,
Between the Years 1884-1915 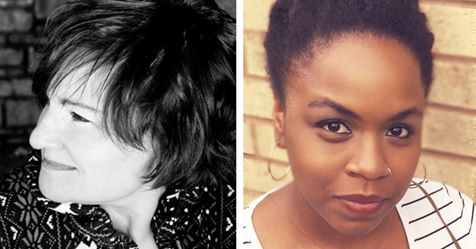 Steppenwolf for Young Adults (SYA) announced today it will produce We Are Proud to Present a Presentation About the Herero of Namibia, Formerly Known as South West Africa, From the German Südwestafrika, Between the Years 1884-1915 by Jackie Sibblies Drury as the second production in the 2018/19 season. SYA Artistic Director Hallie Gordon co-directs with Gabrielle Randle. SYA’s 2018/19 Season explores the question, “When you feel lost, how do you find your way?”

We Are Proud to Present a Presentation…will be produced in place of the previously announced production of Radical, a new play inspired by the book White American Youth by Christian Picciolini. SYA Artistic Director Hallie Gordon shares, “After months of discussions with teachers, Young Adult Council members, artists and designers it became clear that adapting this book for the stage would not be of service to our young adult audiences at this time. I am so grateful to the author, playwright, and our incredible community of educators, teens and artists for sharing their voices, and to the Steppenwolf family for trusting me to know when to push forward and pull back.”

“SYA is dedicated to creating work that is both provocative and drives us to think harder and deeper about who we are and the choices we make. We are so excited to be producing We Are Proud to Present a Presentation…a powerful story that explores themes of race, representation, storytelling and the power group-thinking can have on an individual. Our season theme is “When you feel lost, how do you find your way?” – a question that every character in this play must ask themselves. SYA hasn’t yet produced a play structured like this one, and we are thrilled that we have the opportunity to share it with our audiences,” adds Gordon.

When a group of actors gathers together to give a presentation about a long-forgotten—or possibly never remembered—genocide, they realize that summaries based on history books aren’t nearly enough to capture the complexity of human extermination—or human interaction. We Are Proud to Present a Presentation…tells the story of what happens when, in an effort to dig deeper, the nobly intentioned ensemble crashes into their own simmering fears and unconscious prejudices, coming face to face with the potential for brutality in all of us.

Bios
Hallie Gordon (Co-Director) is an Artistic Producer at Steppenwolf and the Artistic Director for Steppenwolf for Young Adults, where she has directed many productions for the program including Monster by Walter Dean Myers; George Orwell’s 1984 and Animal Farm; The Book Thief; To Kill a Mockingbird; and the world premiere of Toni Morrison’s The Bluest Eye at Steppenwolf and Off-Broadway. In Steppenwolf’s season she has directed The Rembrandt and Taylor Mac’s Hir. She is an ensemble member for Rivendell Theatre where she directed the critically acclaimed Dry Land and Eat Your Heart Out.

Tour to Juvenile Justice Facilities
Working in collaboration with Storycatchers Theatre, Steppenwolf Education will tour its production of We Are Proud to Present a Presentation… to three Juvenile Justice Facilities in Illinois. This will be the third tour collaboration between Steppenwolf and Storycatchers Theatre, an organization that guides young people to transform their traumatic experiences into powerful musical theatre, inspiring them to develop the courage and vision to become leaders and mentors. By creating support for youth within the criminal justice system, Storycatchers prepares them to change their lives and emerge successfully from court involvement. For more info, visit storycatcherstheatre.org. 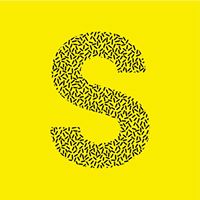 Steppenwolf Theatre Company is the nation’s premier ensemble theater. Formed by a collective of actors in 1976, the ensemble represents a remarkable cross-section of actors, directors and playwrights. Thrilling and powerful productions from Balm in Gilead to August: Osage County—and accolades that include the National Medal of Arts and 12 Tony Awards—have made the theater legendary. Steppenwolf produces hundreds of performances and events annually in its three spaces: the 515-seat Downstairs Theatre, the 299-seat Upstairs Theatre and the 80-seat 1700 Theatre. Artistic programming includes a seven-play season; a two-play Steppenwolf for Young Adults season; Visiting Company engagements; and LookOut, a multi-genre performances series. Education initiatives include the nationally recognized work of Steppenwolf for Young Adults, which engages 15,000 participants annually from Chicago’s diverse communities; the esteemed School at Steppenwolf; and Professional Leadership Programs for arts administration training. While firmly grounded in the Chicago community, nearly 40 original Steppenwolf productions have enjoyed success both nationally and internationally, including Broadway, Off-Broadway, London, Sydney, Galway and Dublin. Anna D. Shapiro is the Artistic Director and David Schmitz is the Executive Director. Eric Lefkofsky is Chair of Steppenwolf’s Board of Trustees.