ADULT NIGHT OUT: Manual Cinema Band Members to Play After Shows Every Saturday During Run of The End of TV

Stick around for Mocrep on July 21, Marques Toliver on July 28
and Maren Celest on August 4 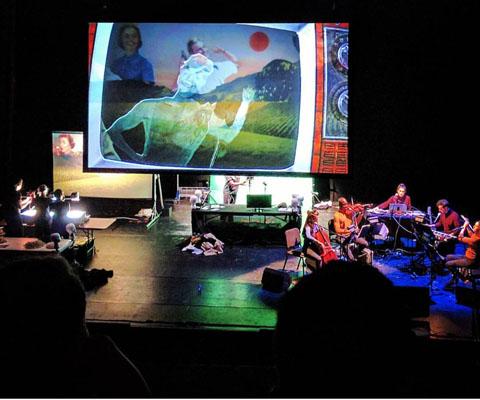 Join Manual Cinema every Saturday night during its upcoming Chopin Theatre run of The End of TV – that’s Saturday, July 21, July 28 and August 4 – for special post show performances featuring musicians from The End of TV band. 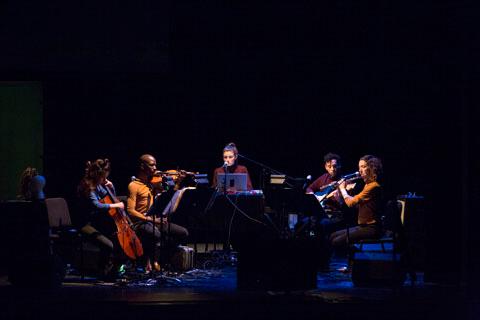 
Manual Cinema is presenting the Chicago premiere of The End of TV July 19 through August 5 at the Chopin Theatre, 1543 W. Division in Chicago’s Wicker Park neighborhood.

Performances are Thursdays, Fridays and Saturdays at 7 p.m., Sundays at 3 p.m. Tickets are $30; $20 for students and seniors. Tickets are on sale now and can be purchased at manualcinema.com/cal.


More about the Manual Cinema The End of TV after show shows:

After show shows start at 8:30 p.m. after every Saturday performance of The End of TV and are included with the ticket purchase. Here’s the line-up: 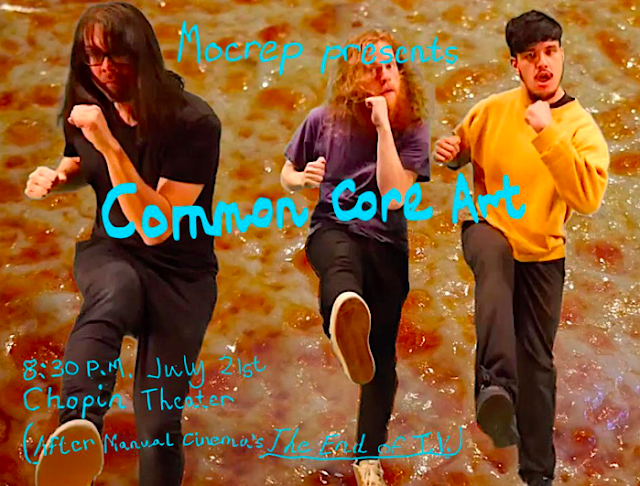 In Common Core Art, Mocrep takes seemingly menial tasks and make them almost unbearably difficult. Whether it is keeping a simple beat on the snare drum, reciting text, consuming food or water, or any other daily activity for an artist, Mocrep will do so in a way that stretches the performer to the limit, both physically and mentally. The piece will be composed of many different scenes that involve these kinds of tasks with as many extraneous layers and loops to jump through as we can find. For more, visit mocrep.org. 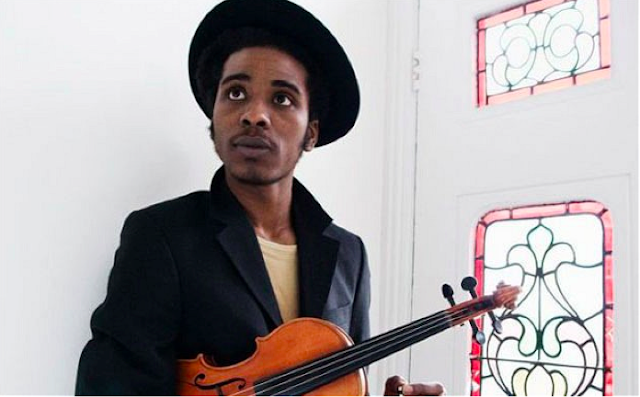 Marques Toliver is an international recording artist, songwriter, producer, violinist, and vocalist from Daytona Beach, Florida. He began to study music at the age of ten and later attended Stetson University's School of Music, where he studied classical violin. A move to New York, where he often busked, led him to performances and recordings with An Albatross, Grizzly Bear, TV on the Radio, Bat for Lashes, Holly Miranda, and Miles Benjamin Anthony Robinson. Toliver released the four-track EP Butterflies Are Not Free (2011). The single "Magic Look" (2012) followed as a precursor to Toliver's first album, Land of CanAan, released in May 2013. In 2016 Toliver composed music for The Public Theater’s production of Romeo and Juliet. For more, visit marquetoliver.com. 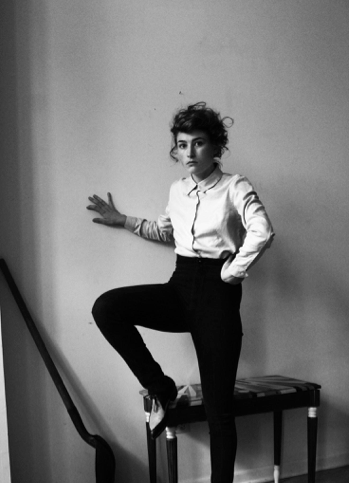 Maren Celest is a multi-disciplinary artist living in Chicago. She works with Manual Cinema triggering live foley and singing. She has assembled a band of incredible musicians (Kate Barutha: cello, Daniel Villareal-Carrillo: percussion, Alex Babbit: Bass/Flute, Corey Allbritten: Clarinet, Electric Guiter, Aux Instrumentation) to help her execute and write songs that have been lovingly referred to as "Psychological Death Metal" by Lumpen Radio. Often within a soft, melodic sheath she offers a sharp word to the parts of herself, and us, that are questionably comfortable. - Jessica Hopper, Chicago Tribune, wrote “…her otherworldly, witchy voice. It undulates, coos, squeaks and moans — it sounds like it used to be feral and now it's just barely tamed.” Recently her work has been published (35mm from tour with Manual Cinema and writing/lyrics), and her book with music is available at marencelest.bandcamp.com or marencelest.com.

﻿“this Chicago troupe is conjuring phantasms to die for…”
-Ben Brantley, The New York Times

Manual Cinema was ensemble-in-residence at the University of Chicago in the Theater and Performance Studies program in the fall of 2012, where they taught as adjunct faculty. In 2013 Manual Cinema held residencies and taught workshops at the School of the Art Institute (Chicago), The Future of Storytelling Conference (NYC), RCAH at Michigan State University, and Puppeteers of America: Puppet Festival (R)evolution (Swarthmore, PA), Southern Illinois University, and the Chicago Parks District. In Spring 2016 Manual Cinema held workshops at Yale University as visiting lecturers in the theater department.

In Fall 2016, they contributed visuals, music, and sound design for an immersive adaptation of Peter Pan with producer Randy Weiner (Sleep No More, The Donkey Show, Queen of the Night) which premiered in Beijing in December 2016. In February 2017, Manual Cinema premiered The Magic City, a new show for children and their families, adapted from a novel by Edith Nesbit, and the inaugural production at the new Chicago Children’s Theatre, The Station. That was followed in September, 2017 by No Blue Memories, about the life and work of poet Gwendolyn Brooks, commissioned by the Poetry Foundation and based on a screenplay by Eve Ewing and Nathaniel Marshall, presented at the Harold Washington Library, and remounted last March in partnership with the Chicago International Puppet Theater Festival and the Poetry Foundation. The company also debuted in Australia, France and Germany in 2017 and returned to the Edinburgh Fringe with Lula del Ray.

Posted by Bonnie Kenaz-Mara at 2:13 PM