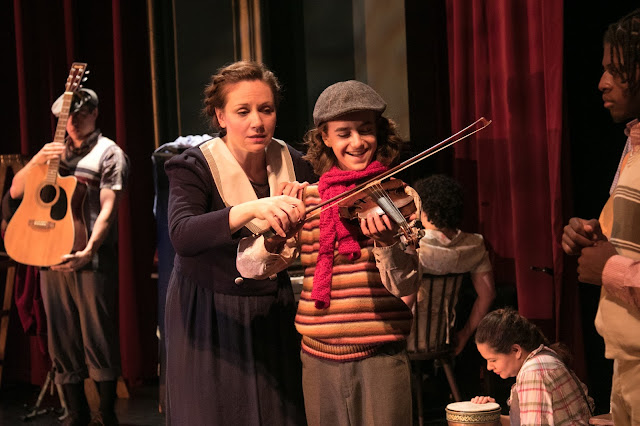 ChiIL Mama had the pleasure of catching Reprise in their short 3 day run before they took the Chicago-centric commissioned piece abroad for Theatre of Scotland’s Home Away Festival in Glasgow. They're slated to perform in Scotland on October 8th then they'll be back home with a fall run for the public and school groups. We immensely enjoyed this history wrapped in mystery. Reprise recreates recollections with an enjoyable everyman immigrant tale. Recommended.

We've long been fans of Adventure Stage's excellent works. Their book based original adaptations via Artistic Director, Tom Arvetis, have pleased kids and parents alike for years. Recent productions have focused on an original post apocalyptic series. Now they're taking things one step further and writing their own past history in the form of Reprise, a fictional "everyman" immigrant tale based on the spark of an actual event.

Amid the current political hotbed of immigrant bashing and backlash, it's so refreshing to see a poignant tale of struggle and success. Reprise begins as the story of a violin loaned to a boy and evolves into so much more. This production follows a European immigrant and his instrument from boyhood to old age, and takes the audience along on the journey, through triumphs and tribulations. We experience family, community, layoffs, financial hardships, bullying, marriage, love and loss. And throughout it all, the love and joy of music is interwoven. This production reminds us that music can unite, and compassion is key. It's incredibly tough to begin again in a new land where the language and everything is strange. Truly we are all connected, and one never knows the ripples a kind act will send out into the universe or down through the decades. 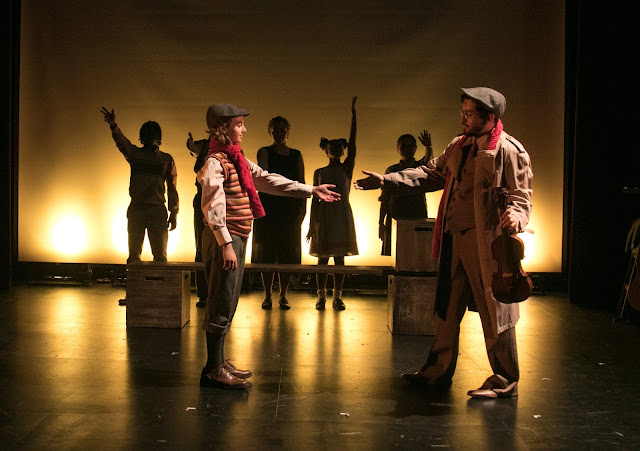 Adventure Stage Chicago (ASC), a program of Northwestern Settlement (the Settlement), announces additional dates for its fall production of Reprise, due to popular demand. A new play with original music forming part of the National Theatre of Scotland’s Home Away Festival (performing in Glasgow on October 8), Reprise will return to Chicago for public performances November 4-5. School matinees are scheduled for November 1-10. ASC also announces the postponement of Jack’s House.

All performances take place at Northwestern Settlement’s Vittum Theater, 1012 N. Noble St. Tickets are $10 for preview performances, and $17 for adults and $12 for youth aged 14 years and younger for the regular run. Tickets may be purchased at adventurestage.org or by calling 773.342.4141 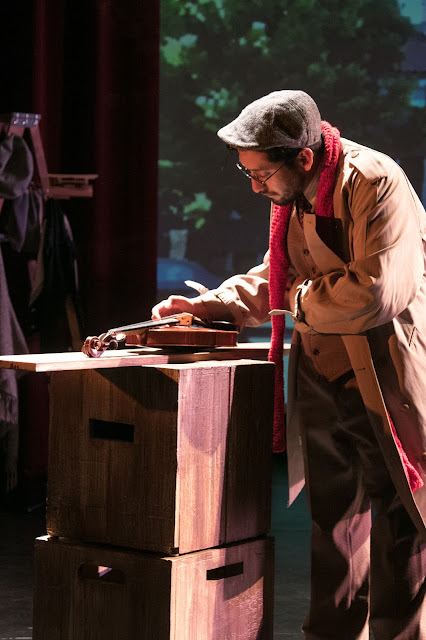 An old man returns a violin to Northwestern Settlement. Ms. Harriet Vittum lent it to him 80 years earlier, with the promise that he bring it back when he was done. With original music and lyrics inspired by Chicago’s cultural traditions, Reprise follows an immigrant story as we discover what he did with the instrument all those years, how he knew he was finished, and what it meant to keep his promise. The only North American company commissioned to participate in the National Theatre of Scotland’s Home Away Festival, ASC will tell the story of this decades-long community connection during a limited return engagement.

Reprise has been featured in American Theatre Magazine, the Chicago Sun-Times, and Time Out Chicago Kids, and Ada Grey “really liked how the show had a powerful sense of community.” 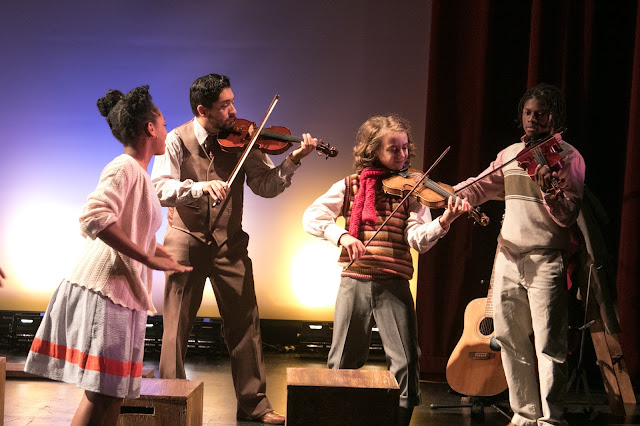 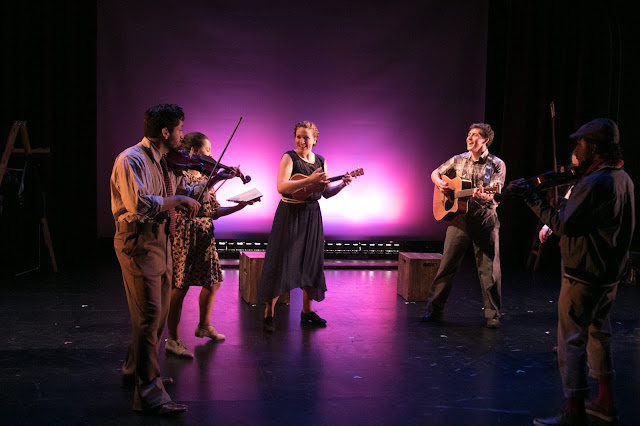 This production is supported in part by: the National Theatre of Scotland; the British Association for American Studies, US Embassy, London; and the Old Town School of Folk Music. 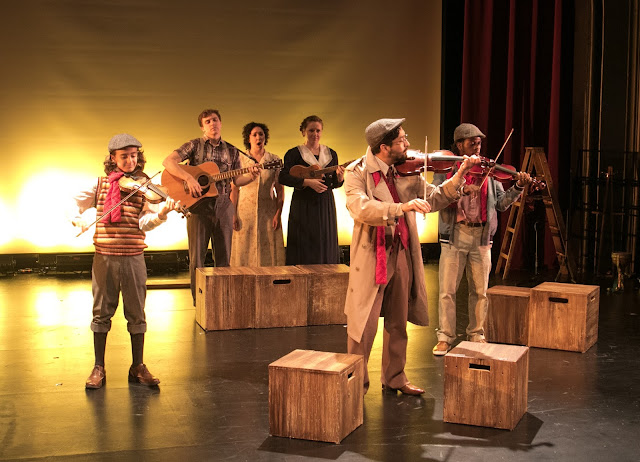 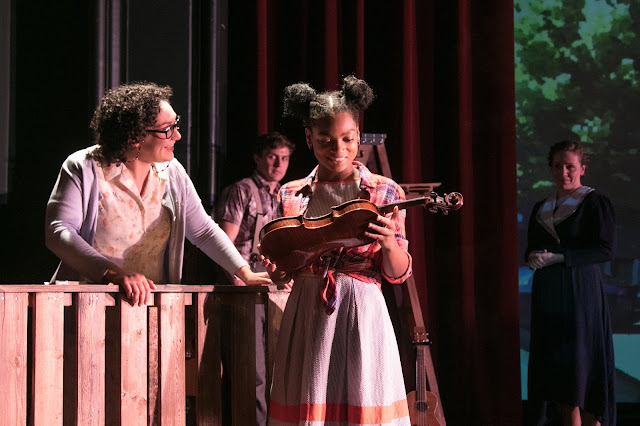 These five organizations will come together with five companies from Scotland, including Artlink (Edinburgh), (Uist) a new Highlands Gaelic arts collective, and the Bangladeshi Association of Glasgow. As part of the program, ten original theatre pieces, commissioned by the National Theatre of Scotland, will be created by professional artists working with community participants. Each production will premiere within the community where it has been created and will be subsequently showcased at the Home Away festival in Glasgow.

Jack’s House:
ASC announces the postponement of Jack’s House, an original work conceptualized as a celebration of Northwestern Settlement’s 125-year history and the many vibrant individuals who make up our community. New works need time and space to develop, and we will continue to craft a play that best represents ASC’s values and the Settlement’s mission and commitment to service. ASC now directs its efforts to the return of Reprise, to our 2 presentations during the Chicago International Puppet Theater Festival (Puzzle Theater’s Plastique, Jan 20-23; and Open Eye Figure Theatre’s The Sorcerer’s Apprentice, Jan 24-27); and to our remount of Six Stories Tall, which will bookend our first- ever national tour.

About Northwestern Settlement and Adventure Stage Chicago:
Northwestern Settlement opened its doors to its neighbors in 1891 in order to provide an opportunity for a better future. The Settlement’s success results from a commitment to treating every person who enters its doors with dignity and respect, while supporting them with transformational programming designed to interrupt the cycle of poverty. The Settlement has adapted its programming throughout the past century in response to changes in the community, economy and society. The Settlement has led the way in innovative programming by offering residential science and environmental education for inner-city youth, launching successful charter schools and adding a theater so children and teens have a forum for expressing their life experiences.

The Settlement’s Adventure Stage Chicago (ASC) is one of the only theaters in Chicago to develop and present works specifically for the pre-teen and teenage audience. Adventure Stage Chicago creates and tells heroic stories about young people in order to engage the community and inspire everyone to be a hero in their own lives. ASC also offers: Neighborhood Bridges, the in-classroom arts residency program; Trailblazers, a youth mentoring arts program; summer drama camps; and drama instruction in the Settlement’s Rowe Elementary School.