Additional Casting Announced For The SpongeBob Musical in Chicago

Announces Additional Casting for the
World Premiere of Broadway Bound

The SpongeBob Musical
in Chicago 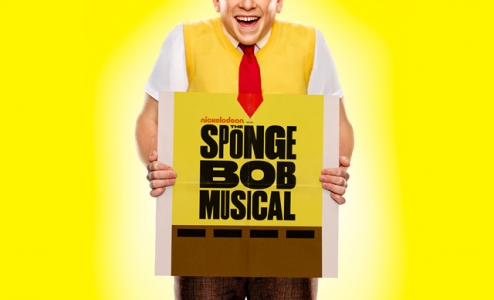 Broadway In Chicago and The SpongeBob Musical are thrilled to announce additional casting for the Chicago engagement. Joining the cast are Gavin Lee as Squidward, Nick Blaemire as Plankton, Danny Skinner as Patrick, and additional ensemble members will include Juliane Godfrey, Jesse JP Johnson, Lauralyn McClelland and Allan K. Washington.

Additional casting will be announced shortly. 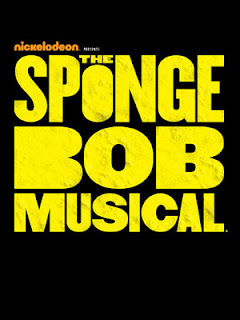 The SpongeBob Musical will begin performances on Tuesday, June 7 at Broadway In Chicago's Oriental Theatre (24 West Randolph Street, Chicago, IL). This is a limited engagement through Sunday, July 3, 2016.

The SpongeBob Musical is co-conceived and directed by Tina Landau with choreography by Christopher Gattelli, book by Kyle Jarrow, music supervision by Tom Kitt.

The SpongeBob Musical will be a one-of-a-kind musical event with original songs by Steven Tyler and Joe Perry of AEROSMITH, Jonathan Coulton, Dirty Projectors, The Flaming Lips, John Legend, Lady Antebellum, Cyndi Lauper, Panic! At the Disco, Plain White T’s, They Might Be Giants and T.I., and a song by David Bowie with additional lyrics by Jonathan Coulton.

The SpongeBob Musical will be produced by Nickelodeon with Sony Music Masterworks and The Araca Group.

Since premiering on Nickelodeon in July 1999, SpongeBob SquarePants has emerged as a pop culture phenomenon.  The series has been the most-watched animated program with kids  for more than 13 consecutive years, and over the past several years, it has averaged more than 1 million total viewers every quarter across all Nickelodeon networks.  As the most widely distributed property in Viacom history, SpongeBob is seen in over 185 countries and translated in more than 50 languages. The Paramount Pictures feature film The SpongeBob Movie: Sponge Out of Water premiered Feb. 6, 2015, landing at #1 opening weekend and going on to be a major hit globally.  The character-driven cartoon chronicles the nautical and sometimes nonsensical adventures of SpongeBob, an incurably optimist and earnest sea sponge, and his undersea friends.

For more information on The SpongeBob Musical, visit TheSpongeBobMusical.com

NICKELODEON (Producer). For more than 36 years, Nickelodeon has been at the forefront of creating beloved characters and stories that inspire and entertain audiences around the world by putting kids first in everything it does. The company includes television programming and production in the United States and around the world, plus consumer products, digital, radio, recreation, books and feature films. As the number-one entertainment brand for kids, Nickelodeon has been at the heart of countless revolutionary TV moments, and it has been home to some of the most legendary cultural hits and iconic characters in television history--SpongeBob SquarePants, Teenage Mutant Ninja Turtles, Dora the Explorer, Kids’ Choice Awards, Blue’s Clues, The Ren & Stimpy Show, Hey Arnold!, All That, iCarly and Rugrats.  Nickelodeon has been honored with countless honors, including 84 Emmy Awards. Nickelodeon is seen in more than 450 million households globally, and it has been the number-one-rated basic cable network in the U.S. for 20 consecutive years.  Nickelodeon and all related titles, characters and logos are trademarks of Viacom Inc. (NASDAQ: VIA, VIAB).

THE ARACA GROUP (Producer) was founded in 1997 by partners Matthew Rego, Michael Rego and Hank Unger.  Broadway producing credits include Urinetown, Frankie and Johnny in the Clair de Lune, Wicked, The Wedding Singer, Boeing-Boeing, Rock of Ages, A View from the Bridge, Lend Me a Tenor, Cinderella, A Raisin in the Sun, Skylight, Disgraced.  Upcoming: world premiere of Ayad Akhtar's Junk at La Jolla Playhouse.  In addition, The Araca Group provides merchandising services for live entertainment and theatrical events on Broadway and around the world.  For more information, please visit araca.com.
Posted by Bonnie Kenaz-Mara at 1:10 PM