ACT OUT OPENING: Jack Lemmon Returns at The Royal George

Hershey Felder presents
THE WORLD PREMIERE OF
Chris Lemmon as his father Jack Lemmon in
JACK LEMMON RETURNS
A new play with music about a world famous Dad and his son.
OPENING MONDAY MAY 12 AT THE ROYAL GEORGE THEATRE. 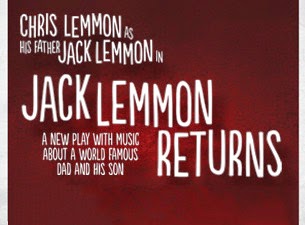 Here at ChiIL Mama, we're fascinated by how creatives parent and how parents create. We've been shooting an ongoing video series on the subject now for years.  Click here to see some of our interviews.   We're particularly interested in the effect parents in the arts have on their kids and vice versa--the effect family has on the arts.  This world premiere should be fascinating as it stars a son playing his famous father!


Continuing in a tradition of storytelling and music, Hershey Felder (George Gershwin Alone, Maestro Bernstein and last season’s smash hit Mona Golabek in The Pianist of Willesden Lane) will present the World Premiere of Chris Lemmon in JACK LEMMON RETURNS, a new play with music. The production will preview May 2 and open on Monday, May 12 at 7 p.m. at The Royal George Theatre, 1641 North Halsted Street. The production is written and directed by Hershey Felder and based on the true story of the legendary Jack Lemmon (Mister Roberts, Some Like it Hot, Days of Wine and Roses, The Odd Couple) and his relationship with his son, actor and musician Chris Lemmon (Duet, That’s Life, Lena’s Holiday, etc.).

Jack Lemmon’s lifelong dream was to be an actor, head to New York from his hometown of Newton, Mass. and “Save Broadway.” At the urging of a show-biz minded mother, but a serious business-minded father, Jack pursued his dream and, due to a remarkable set of events, became one of the world’s all-time great movie stars. Believing that no actor should ever be pigeonholed into being either a comedian or a serious dramatic artist, Jack Lemmon broke barriers, and played everything. As the first actor to win Academy Awards as both Best Supporting Actor and Best Actor, Jack Lemmon’s talents knew no bounds. But with every blessing there can also be a curse, and Jack’s son Chris was witness to it all. 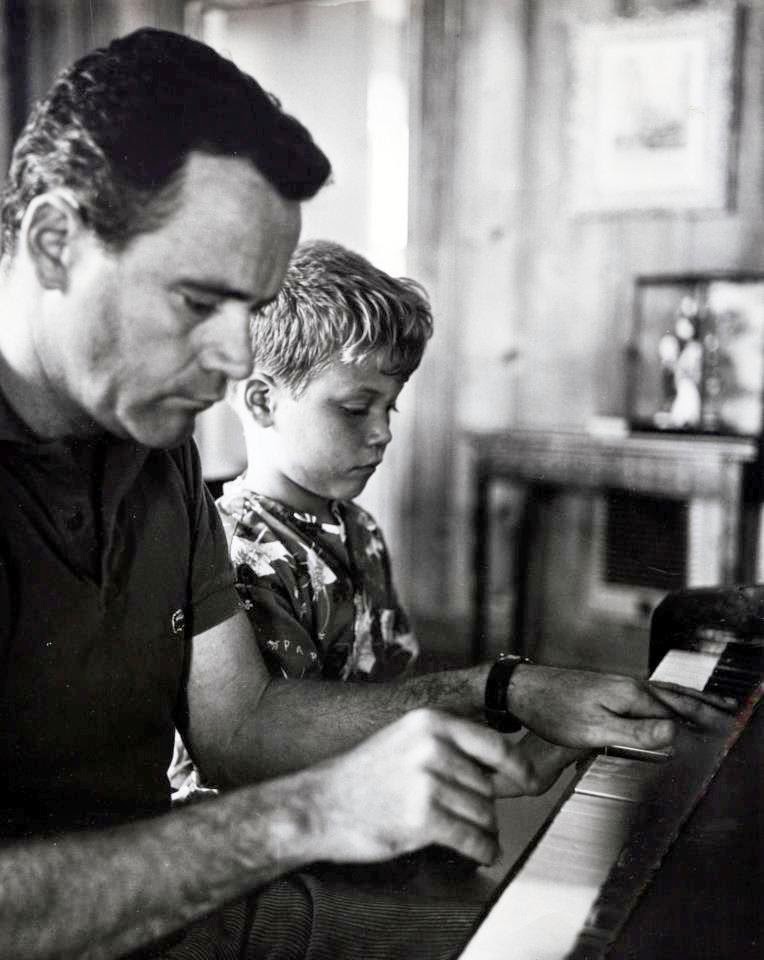 Jack and his son, Chris

“This remarkable story told by Chris Lemmon in the voice of his father is performed in the style of musical storytelling that Chicago audiences have come to know from me,” said playwright/director Hershey Felder. “Being able to work with Chris to present this piece has been an incredible joy both because of Chris’ skill as an actor in the tradition of his father, and as a musician given that music was such an important part of his father’s life. Having an insider’s view into Hollywood and the craft of one of its prodigal sons makes for an extremely satisfying event.”

Chris Lemmon is the son of actress Cynthia Stone and actor Jack Lemmon. Passionate about music, he studied classical piano, composition and theater at the California Institute of the Arts. He has appeared in multiple stage productions, including the West Coast tour of Barefoot in the Park, directed by Jerry Paris, the original West Coast production of Shay by Anne Commire, and A. R. Gurney's Love Letters with Stephanie Zimbalist. He also starred as “Richard Phillips” in the situation comedies, Duet and Open House, as well as in three films with his father, Airport '77, That's Life! and Dad. Chris’ tribute to his father, A Twist of Lemmon, was published in 2006 by Algonquin Books and re-released in 2008 by Applause Theatre and Cinema Books.