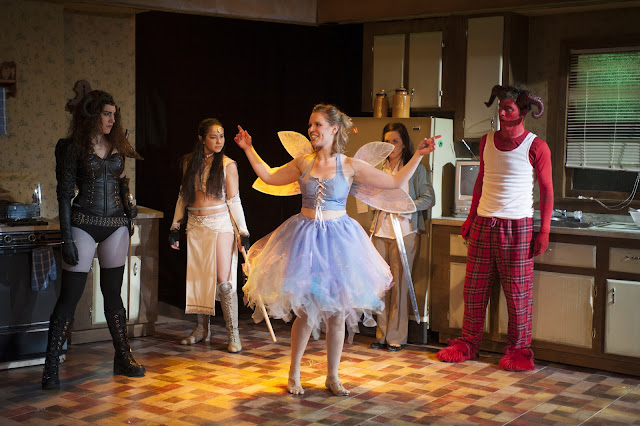 Buzz22 Chicago’s hit production of She Kills Monsters as part of Steppenwolf’s Garage Rep is getting one additional performance on April 16 at 8pm.

We haven't made it over to She Kills Monsters yet, but it's high on our must see list. 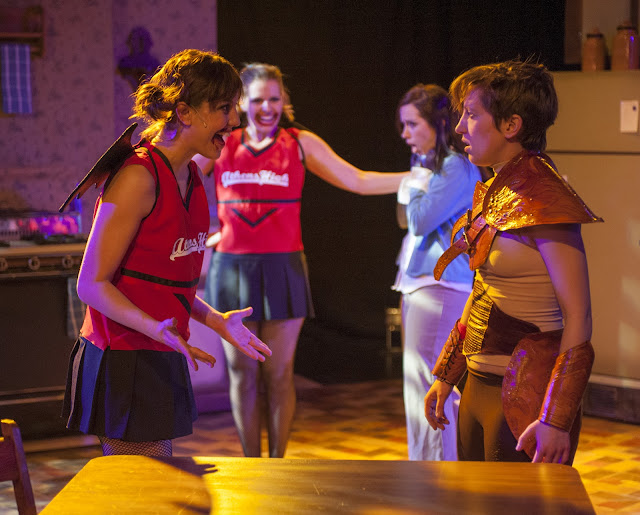 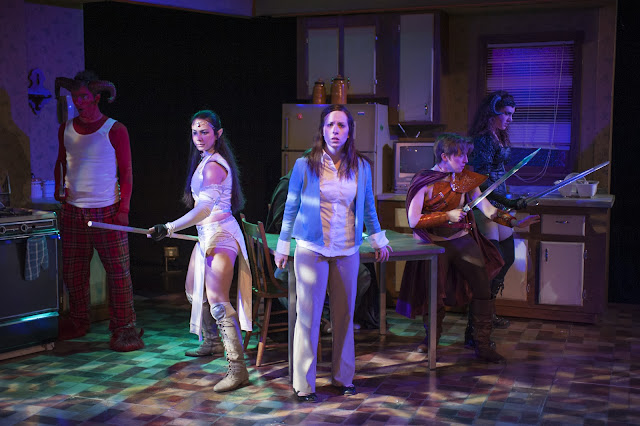 (left to right) Morgan Maher, Rinska Carrasco-Prestinary, Katherine Banks, Jessica London-Shields and company member Sara Sawicki
Agnes's life is turned upside down when she stumbles upon her late sister’s Dungeons & Dragons notebook. As she embarks on an action-packed quest to save her sister's soul, Agnes comes face to face with homicidal fairies, raunchy ogres and blood thirsty cheerleaders, and discovers a side of herself she never knew existed. Qui Nguyen's touching comedy combines real life, fantasy and 90s pop culture in the search for the badass in us all. 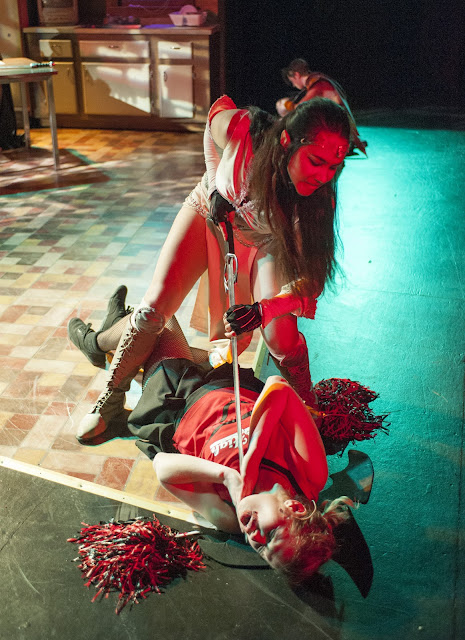 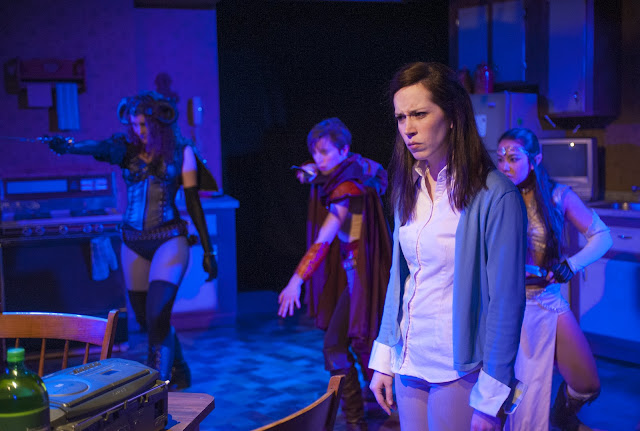 Credit for all production photos:

Support for Garage Rep is provided by the “Leading for the Future Initiative,” a program of the Nonprofit Finance Fund, funded by the Doris Duke Charitable Foundation. OptionsHouse is the Garage Series Sponsor.

Buzz22 Chicago (Scott Weinstein and Sara Sawicki, Co-Artistic Directors; Philip de Guzman, Managing Director) was founded by seven Northwestern University graduates in 2010. Since then, Buzz22 has staged four productions, including the Midwest premiere of Residue by Joel Sinensky and Quake by Melanie Marnich, performed in repertory at Royal George Theatre. The company seeks to provide a home for up-and-coming artists in the Chicago area. Buzz22 stages stories to explore the constant coming of age: the ever-occurring moments that challenge who we are and who we want to be. buzz22chicago.com

Steppenwolf Theatre Company is America’s longest standing, most distinguished ensemble theater, producing nearly 700 performances and events annually in its three Chicago theater spaces—the 515-seatDownstairs Theatre, the 299-seat Upstairs Theatre and the 80-seat Garage Theatre. Formed in 1976 by a collective of actors, Steppenwolf has grown into an ensemble of 43 actors, writers and directors. Artistic programming at Steppenwolf includes a five-play Subscription Season, a two-play Steppenwolf for Young Adults season and three repertory series: First Look Repertory of New Work, Garage Rep and Next Up. While firmly grounded in the Chicago community, nearly 40 original Steppenwolf productions have enjoyed success both nationally and internationally, including Off-Broadway, Broadway, London, Sydney and Dublin. Steppenwolf has the distinction of being the only theater to receive the National Medal of Arts, in addition to numerous other prestigious honors including an Illinois Arts Legend Award and nine Tony Awards. Martha Lavey is the Artistic Director and David Hawkanson is the Executive Director. Nora Daley is Chair of Steppenwolf’s Board of Trustees. For additional information, visit steppenwolf.org,facebook.com/steppenwolftheatre and twitter.com/steppenwolfthtr.
Posted by Bonnie Kenaz-Mara at 9:00 AM