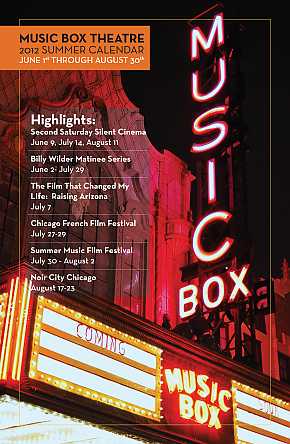 The screenings are produced by National Theatre Live, a groundbreaking initiative of London’s renowned National Theatre to broadcast the best of British theatre to cinemas around the world, both live and in “encore screenings” (repeats of the live performances that are recorded and replayed without losing any of their magic and immediacy). The first season of events, which began in June 2009 with the acclaimed production of Phèdre starring Helen Mirren, was seen by over 165,000 people on 320 screens in 22 countries.

The comedy sensation One Man, Two Guvnors stars British breakout comic actor (and Tony nominee for Best Performance by an Actor in a Lead Role in a Play) James Corden as Francis Hensall (“One Man”).  Always famished and easily confused, Henshall agrees to work for a local gangster as well as a criminal in hiding (“Two Guvnors”), both of whom are linked in a web of schemes, extortions and romantic associations…none of which Francis can keep straight. He has to do everything in his power to keep his two guvnors from meeting, while trying to eat anything in sight along the way.  Simple.  Falling trousers, flying fish heads, star-crossed lovers, cross-dressing mobsters and a fabulous on-stage band are just some of what awaits at this most “deliriously funny” (Daily Telegraph) play.

Richard Bean’s side splitting comedy, directed by Tony- and Olivier-award winning director Nicholas Hytner, is nominated for seven Tony awards for its Broadway engagement, following a sold-out run in London’s West End at the National Theatre.   Encore screenings of One Man, Two Guvnors take place at the Music Box Theatre Saturday, June 16, at 2pm and Thursday, June 21, at 7:30pm. Tickets, priced at $15 (advance) and $18 (day of), can be purchased at the Music Box Theatre box office or online at www.musicboxtheatre.com.

Academy Award© -winning film director Danny Boyle returned to the stage with an electrifying production of Mary Shelley’s classic 1818 novel Frankenstein about a scientist and his creation.  Called “the most viscerally exciting and stunning show in town,” (Daily Telegraph), Frankenstein enjoyed a sell-out run at the National Theatre in 2011, and went on to win awards including the 2012 Olivier Award for Best Actor for Benedict Cumberbatch ( PBS TV’s “Sherlock Holmes”) and Jonny Lee Miller (“Trainspotting”), who alternate the roles of Victor Frankenstein and the Creature.

Of note, the British Boyle (127 Hours, Slumdog Millionaire), who is orchestrating the $42 million Opening Ceremony of the 2012 Olympic Games in London, has recently been quoted as saying he took some inspiration from the “Frankenstein” story while formulating his Olympic plans.  Encore screenings of Frankenstein take place at the Music Box Theatre, Monday and Tuesday, June 18 and 19, at 7:30 pm; Sunday, July 22 at 6 and 8:30 pm; and Wednesday and Thursday, July 25 and 26 at 7:30 pm.  There are two versions - Miller and Cumberbatch alternate as Victor Frankenstein and the Creature; for specific casting, please visit www.musicboxtheatre.com.

Tickets, priced at $15 (advance), $18 (day of), and $20 to see both versions (advance sale only) can be purchased at the Music Box Theatre box office or online at www.musicboxtheatre.com