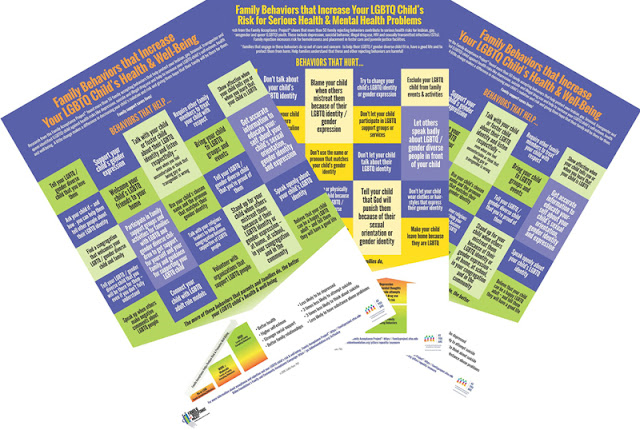 High levels of risk for LGBTQ adolescents for suicide, substance abuse, depression and victimization call for evidence-based approaches that increase support and connectedness at individual and institutional levels, starting with the family. Foundational research from the Family Acceptance Project (FAP) at San Francisco State University has shown that parents and caregivers have a compelling influence on their child’s risk and well-being that provides a behavioral framework to reduce risk, strengthen families and support positive development for LGBTQ children and youth. In conjunction with National Coming Out Day, FAP is releasing a new series of posters that are designed to be used in public spaces like libraries and community centers and everywhere that children and youth are served, including schools – to share key information from FAP’s peer-reviewed studies and family support work with ethnically, racially and religiously diverse families and their LGBTQ children. 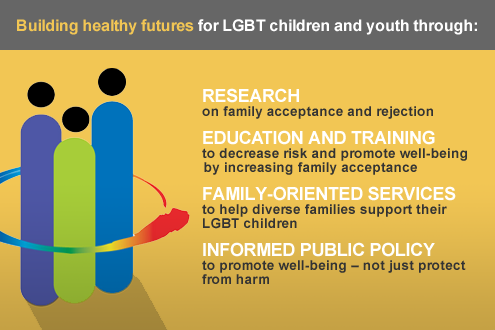 Disseminated in conjunction with a range of international, national and local groups, the posters will educate the public, families, youth, religious leaders and others about the critical link between specific family rejecting and accepting behaviors with risk and well- being for LGBTQ children and youth – especially suicide. They provide a dynamic education and intervention resource to help families decrease rejection to prevent risk and increase acceptance and support to promote well-being for LGBTQ children & youth. 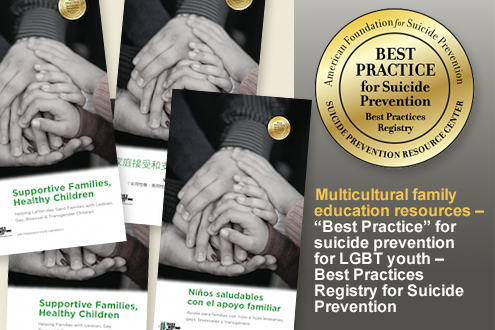 Often compared to the Adverse Childhood Experiences (ACEs) Study that is shaping interventions to prevent health risks, FAP’s research has identified specific family behaviors that predict risk and well-being for LGBTQ youth in adulthood. In addition, FAP has developed the first evidence-informed family support model that is being integrated into systems of care including behavioral health care, family preservation services, foster care, school-based care, trauma-based care and faith-based mental health care that will use the posters and other FAP evidence-based materials that are also Best Practice resources for suicide prevention. FAP’s research has found that family behaviors such as not letting an LGBTQ youth learn about their sexual orientation and gender identity, have an LGBTQ friend or participate in an LGBTQ support group have the same impact related to risk as physically beating an LGBTQ child. Similarly, FAP’s research has found that supporting a young person’s gender expression is among the most wellness- promoting behaviors that help protect against risk and foster well-being. 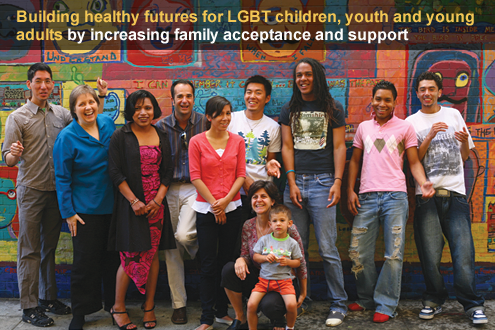 FAP’s poster series is being released in conjunction with National Coming Out Day in the U.S. and internationally in English and Spanish to emphasize the importance of family and caregiver reactions to LGBTQ and gender diverse children and youth. FAP is working with groups in the U.S. and other countries to disseminate the posters in a wide range of settings, including public spaces, clinics, schools and congregations to promote open conversations between parents and children, between young people and their providers and in families and communities to increase acceptance and support for LGBTQ children and youth. FAP is partnering with University of Oregon Implementation Science and Prevention Science researchers to evaluate the impact the posters have on care for LGBTQ young people. 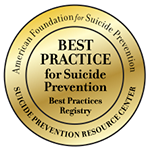 Said Dr. Christine Moutier, Chief Medical Office of the American Foundation for Suicide Prevention: “We know that suicide risk is increased for LGBTQ youth, particularly when rejection occurs in their lives. So educating parents and others about the research surrounding the critical role they can play in the risk and well-being of their children is vitally important. We all need to learn more about what constitutes accepting verses rejecting behaviors. These posters are a prime example of how research can be turned into lifesaving action.” 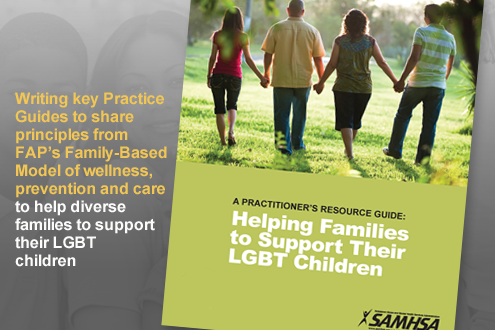 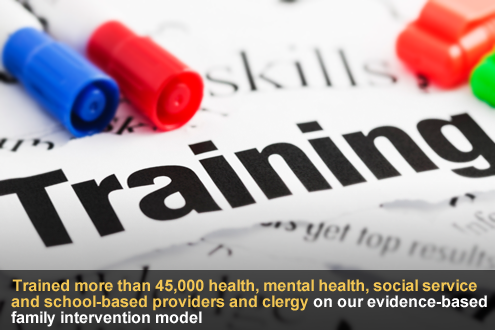 Dr. Caitlin Ryan, Director of the Family Acceptance Project, noted that: “The posters are key resources to help families and providers understand the critical need for family support and the impact that specific family accepting and rejecting behaviors have on risk and well-being for LGBTQ children and youth. Efforts to change, deny and minimize a child’s LGBTQ identity and gender expression start at home and last a lifetime just as affirmation and support build healthy futures for LGBTQ children and youth. 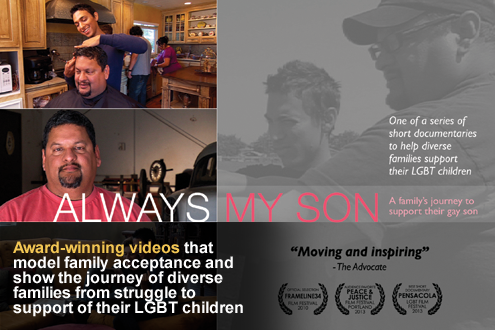 The posters are free and available for all to use. We hope that agencies, congregations and communities will download, print and use them everywhere.”

For more information about the Family Acceptance Project and to view and download the posters, visit http://familyproject.sfsu.edu