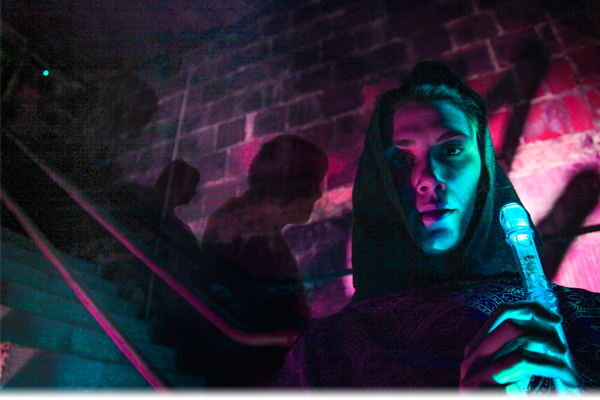 ChiIL Mama will be there with the tween & teen for the press opening tonight. Check back like we vote in Chi, IL... early and often for our full review.  Want to win a free family 4 pack of tickets? Winner's choice of show dates before June 23rd (pending availability). Enter through midnight this Thursday, June 4th, 2015.

The performance schedule is Saturdays at 4 p.m., Sundays at 12 p.m., and Monday and Tuesdays at 8 p.m. Tickets are $15 and are currently on sale. Based on availability, a limited number of rush tickets are available one hour prior to curtain and must be purchased in person at the box office. Performances are recommended for children aged 10 years and older. Subscriptions, group, senior and student discounts are also available. Tickets may be ordered online at strawdog.org or by calling OvationTix toll-free: 866.811.4111.

The creators of Strawdog’s hit shows The Hunting of the Snark and Best Beloved: The Just So Stories, Forks & Hope, reunite with Director Josh Sobel and return to Hugen Hall bringing their innovative, physical, DIY aesthetic to the haunting story of Browning's Pied Piper of Hamelin.

FULLY ACCESSIBLE PERFORMANCE
Strawdog Theatre Company continues their partnership with the Access Project at Victory Gardens to present The Pied Piper at Victory Gardens Biograph Theater, in the Prince Charitable Trust Rehearsal Room, 2433 N. Lincoln Ave. The Pied Piper performance, Thursday, June 18 at 8 p.m., with a touch tour at 6:45 p.m., is fully wheelchair accessible. Audio description and open captioning will also be provided.
Tickets are $10 and can be purchased at www.strawdog.org.

ABOUT JOSH SOBEL, director
Josh Sobel joined Strawdog as literary manager in the summer of 2012, and was invited to join the Ensemble in 2014. He has just started his fifth production at Strawdog with the upcoming Forks & Hope Ensemble adaptation of The Pied Piper, coming to Hugen Hall this June. His production of The Hunting of the Snark, which debuted in Hugen Hall in 2013, also traveled to Edinburgh, Scotland as part of the 2014 Fringe Festival, following a remount as part of Chicago's "Night Out in the Parks" program. Outside of Strawdog, Sobel is the artistic director of Haven Theatre Company and has worked with Steep Theatre, Chicago Dramatists, Red Orchid, LiveWire, Sketchbook, WildClaw Theatre, The Ruckus, Tympanic, the side project, Polarity, Fine Print Theatre Company, Citadel, The Greenhouse, Abbie-Fest and New Leaf Theatre. He is also currently teaching Text Analysis at the Columbia College Chicago Theatre Department. He served as associate director of the National Theater Institute summer program at the Eugene O'Neill Theater Center, and is an associate member of the Stage Directors and Choreographers Society.

ABOUT STRAWDOG THEATRE COMPANY
Since its founding in 1988, Strawdog Theatre Company has offered Chicagoland the premiere storefront theatre experience and garnered numerous Non-Equity Jeff Awards with its commitment to ensemble acting and an immersive design approach. The celebrated Company develops new work, re-imagines the classics, melds music with theatre, asks provocative questions and delivers their audience the unexpected.


ABOUT HUGEN HALL
Under Hugen Hall’s Artistic Director Anderson Lawfer, Hugen Hall has grown from a cabaret space and Chicago’s “Best Theater Bar” (Chicago Reader) to a fully functional performance and gallery space. Over the past two seasons of presenting productions, Lawfer has overseen, and often directed, various premieres and new productions varying from superheroes in conflict to zombie world domination to family fare with many of Chicago’s leading talents. In addition, Hugen Hall has also displayed artwork from David Csicsko and other Chicago artists that reflect the action onstage.

The neighborhood has limited paid parking and is easily accessible by public transportation (via the Red Line Sheridan stop, plus 36-Broadway, 80-Irving Park, and 151-Sheridan buses).

Strawdog Theatre Company is supported in part by The Richard H. Driehaus Foundation, the Gaylord and Dorothy Donnelley Foundation, the Alphawood Foundation, Chicago Department of Cultural Affairs, the Illinois Arts Council (a state agency) and the annual support of businesses and individuals.
Posted by Bonnie Kenaz-Mara at 10:19 AM