Following a successful first weekend with the release of IT FOLLOWS, KUMIKO, THE TREASURE HUNTER, Directed by David Zellner will kick off The “MBT” talks this Friday, March 27th. The series will continue with WHITE GOD on April 3rd and the silent film SHERLOCK, JR AND THE PLAYHOUSE on April 11th. 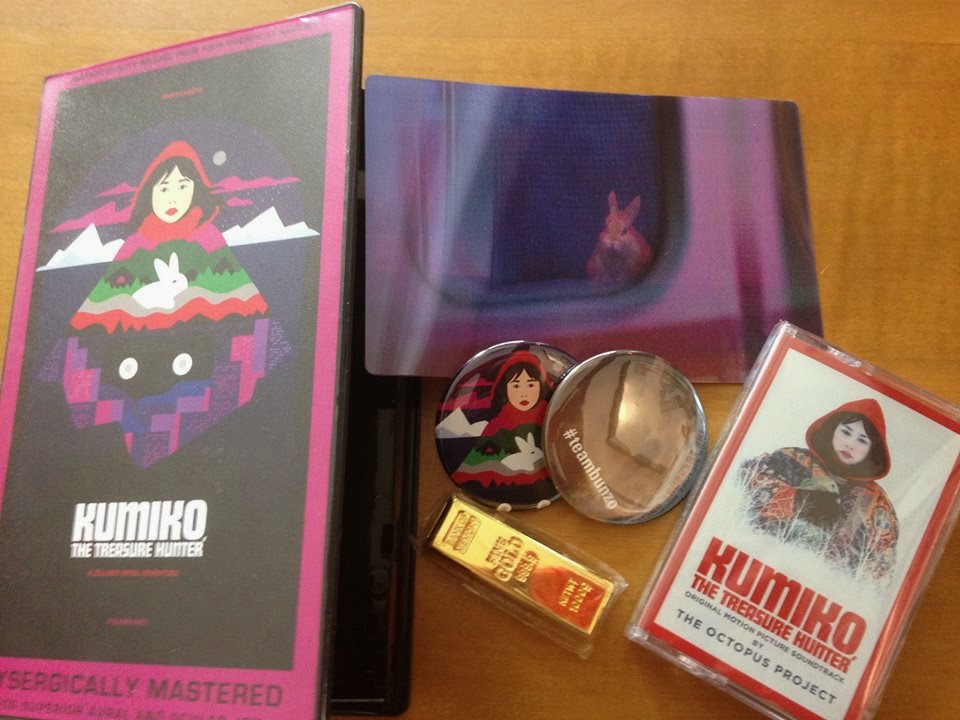 Check out Kumiko, The Treasure Hunter​ at Music Box Theatre​!! Purchase tickets to KUMIKO, THE TREASURE HUNTER, this Friday at 7:30pm, for your chance to win this great Kumiko Prize Pack, featuring a Gold USB Drive, the film's soundtrack (on cassette!), and more! Stay after for a talk back by Chicago Film Critics Association​

WHAT: Hosted by The CFCA (Chicago Film Critics Association) and The Music Box Theatre, MBT Talks will be led by various CFCA representing members to further support the theatrical releases of art-house, independent, foreign and classical cinema in the theatre’s fun and creative atmosphere.

WHEN: Friday, March 27th, 2015
Film begins at 7:20pm. Discussion immediately following the film in the Music Box Lounge. This MBT Talk will be led by Patrick Z. McGavin writes film reviews for the Chicago Sun-Times and interviews and film festival reports for RogerEbert.com.

ABOUT THE FILM
A jaded Japanese woman discovers a hidden copy of Fargo on VHS, believing it to be a treasure map leading to the location of a large case of money. In this darkly comedic odyssey, Academy Award nominee Rinko Kikuchi (Babel, Pacific Rim) stars as Kumiko, a frustrated Office Lady whose imagination transcends the confines of her mundane life. Kumiko becomes obsessed with a mysterious, battered VHS tape of a popular film she’s mistaken for a documentary, fixating on a scene where a suitcase of stolen cash is buried in the desolate, frozen landscape of North Dakota. Believing this treasure to be real, she leaves behind Tokyo and her beloved rabbit Bunzo to recover it — and finds herself on a dangerous adventure unlike anything she’s seen in the movies.

ABOUT MUSIC BOX THEATRE:
For the last three decades, the Music Box Theatre has been the premiere venue in Chicago for independent and foreign films. It currently has the largest cinema space operated full time in the city. The Music Box Theatre screens over 300 independent, foreign, classic, cult and art films annually. Music Box Theatre is independently owned and operated by the Southport Music Box Corporation. SMBC, through its Music Box Films division, also distributes foreign and independent films in the theatrical, DVD, VOD and television markets throughout the United States.

The CFCA Film Festival, created and curated entirely by film critics, returns to the Music Box Theatre this year from May 1st through May 7th, 2015. http://www.chicagofilmcritics.org/
Posted by Bonnie Kenaz-Mara at 4:39 PM